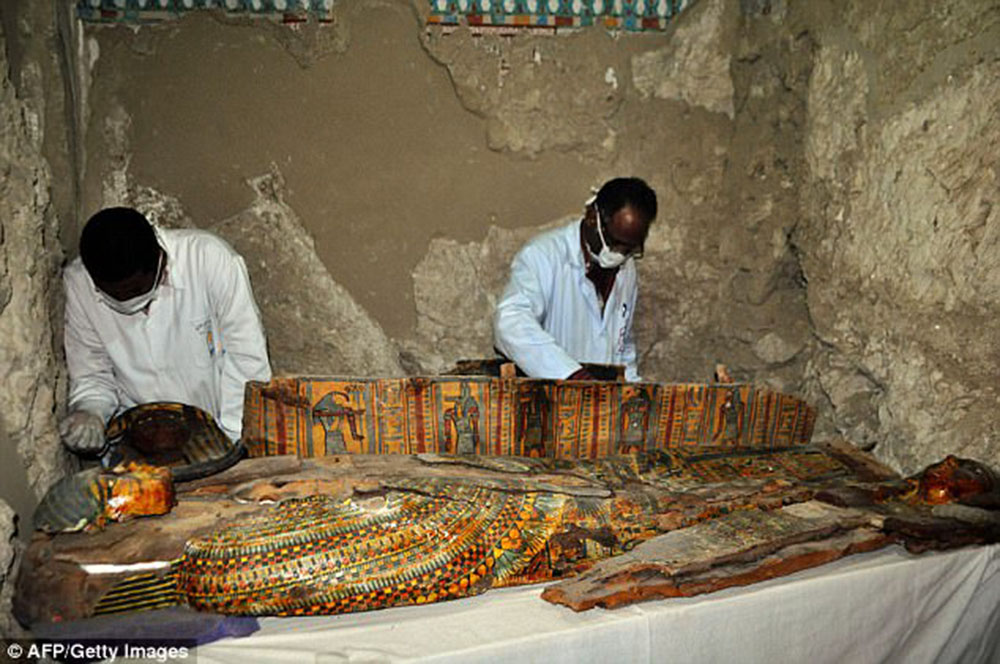 Egypt’s authorities on Saturday revealed artefacts and a linen-wrapped mummified body, possibly that of a top official, from two tombs that were discovered two decades ago in the Nile city of Luxor but had not been fully unexplored.

The Ministry of Antiquities said the tombs, located in the Draa Abul Naga necropolis on Luxor’s west bank, had been noted by German archaeologist Frederica Kampp in 1990s and were either unexcavated or had never been entered.

Along with the mummy, archaeologists found painted wooden funeral masks and several hundred carved statues, likely dating around the end of Egypt’s 17th Dynasty or the start of the 18th Dynasty, the ministry said.

Egypt’s relics are a draw for foreign visitors and authorities hope new finds can help attract more as a way to help revive tourism hit by unrest that followed the ouster of former President Hosni Mubarak in 2011.

In September, Egyptian archaeologists announced the discovery of a tomb of a prominent goldsmith who lived more than 3,000 years ago, unearthing statues, mummies and jewellery in the latest major find near Luxor.