Elon Musk has come a step closer to creating a “loop” transit system beneath Los Angeles to bring an end to “soul-destroying traffic” in the city.

Taking to Twitter, the billionaire SpaceX founder said his underground tunnel for the project “is almost done” and will be ready on December 10.

In a follow-up tweet, a fan asked whether the December 10 opening was “in real time or Elon time?” and Musk replied “I think real.”

The tunnel, which is being built by Musk’s Boring Company, will contain autonomous electric skates capable of transporting cars and people at speeds of up to  125-150mph.

“The concept is that a vehicle would be able to drive on to the skate, the engine would be turned off and the vehicle and its passenger would be transported from one end of the Test Tunnel to the other,” according to a Hawthorne council document submitted by the Boring Company

The Boring Company’s website says the tunnel runs from SpaceX’s car park east of Crenshaw Boulevard and south of 120th Street, then turns west under 120th Street, and remains underground along 120th Street for 2 miles.

An opening event will take place on the night of December 10 with free rides for the public the next day, Musk tweeted.

The entrepreneur first announced plans to bore a tunnel to his SpaceX offices in Los Angeles in December 2016 after being stuck in traffic.

“Traffic is driving me nuts. Am going to build a tunnel boring machine and just start digging,” he tweeted at the time.

The company is working on other projects including a Dugout Loop in Los Angeles to transport baseball fans directly to Dodger Stadium. Musk is also helping develop a transportation system known as the “Hyperloop,” which is a network of low-pressure tubes that can travel at 750mph. 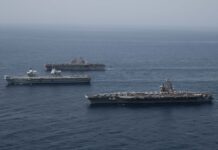