Environment conservationists have urged the government to study the impacts of climate change on  glacial lakes in Olangchungola region of Taplejung district.

There are three glacial lakes— Chherten, Nangama and Chabuk— in the region and conservationists say that the authorities concerned should conduct climate change vulnerability assessment on these lakes before launching conservation programme.

According to the officials of Kanchanjunga Conservation Area, these three lakes are already witnessing the effects of extreme climate events, but to what extent remains subject to study by the experts.

“A preliminary study has placed these lakes in vulnerable category, but there should be a detailed study to get a clear picture of the risk,” said Hemraj Acharya, a former KCA conservationist who is currently working for the Department of National Park and Wildlife Conservation.

“We are mostly concerned about the possible events of glacial lake outburst which could have devastating effect. Chherten lake itself is a product of Nangama lake outburst that occurred nearly four decades ago. The event had killed many people and displaced scores of families from Olangchungola. We do not want similar incident happening again,” said KCA Secretary Chheten Walung. 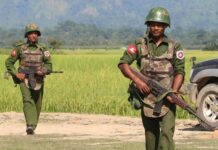 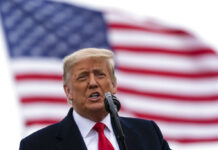