WASHINGTON: While Washington has not authorised the AstraZeneca vaccine against Covid-19, a European commissioner yesterday expressed hope that travellers from the continent inoculated with the jab will soon be able to enter the US.

The US government yesterday announced that starting Nov 1, it will lift the pandemic travel ban on all air passengers who are fully vaccinated and undergo testing and contact tracing.

The unprecedented travel restrictions had raised tensions between the US and its European allies and had kept relatives, friends and business travellers around the world separated for many months as the pandemic grinds on.

In an interview in Washington with AFP, Thierry Breton, European commissioner for internal market, said the new order covers people vaccinated with jabs recognized by the US Food and Drug Administration (FDA).

The agency has not approved the AstraZeneca shot used by many European nations, however, Breton said he spoke with White House pandemic response coordinator Jeff Zients who “sounded positive and optimistic”.

However, Zients told him that “for the other vaccines, for AstraZeneca in particular, their health agency would decide”.

Whether a decision would come by the Nov 1 when travel resumes, Zients “seemed positive on the dates, too”, said Breton, who coordinates the EU’s supply of Covid-19 vaccines.

Breton said the restrictions “no longer made any sense”.

Depite Europe’s relatively high vaccination rates “we are on the same restrictions as China, Iran, and other countries. It makes no sense at all”, he said.

The US first imposed the restrictions as the pandemic began in March 2020 on travellers from the European Union, UK and China, later extending it to India and Brazil.

However, the availability of Covid-19 vaccines has made continuing the travel ban a point of transatlantic tension.

That worsened in recent days after Australia’s sudden announcement that it will acquire US-built nuclear submarines as part of a new defence alliance, ditching a contract with France for conventionally powered submarines.

‘Save us from the Satans’: Survivors of Sri Lanka church attack... 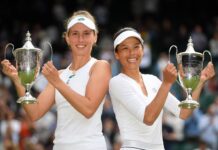 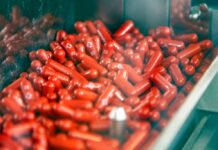