BERLIN (Reuters) – German firms should cut their dependence on the Chinese market, a leading industry group says in a strategy paper that underscores rising concern over Beijing’s state-driven economic model, according to a draft seen by Reuters.

The 25-page China position paper from the Federation of German Industries (BDI), due to be published in January, argues that a long-promised opening of the Chinese market is unlikely to take place and voices concern about rising Communist party control over society and the economy.

Entitled “Partner and Systemic Competitor – How to cope with China’s state-driven economic model?”, the paper makes clear that firms cannot afford to turn their backs on China.

But, in an unusual step, it urges them to reassess their presence there, while offering numerous recommendations for the German government and European Union.

The BDI is Germany’s main business lobby group and while its proposals do not always translate directly into policy, they carry significant weight.

“Despite the attractiveness of the Chinese market, it will be increasingly important for companies to closely examine the risks of their engagement in China and to minimise their dependence by diversifying supply chains, production sites and sales markets,” the draft reads. It is currently being vetted by BDI members and the text could change before publication.

While their presence there was once seen as a strength, it is now unsettling German politicians and industry as Beijing asserts control over the economy under President Xi Jinping.

Scepticism is growing despite recent steps by China to open up its economy, including allowing Germany’s BASF to invest in a major chemical site and BMW to take control of its main joint venture in China, a first for a foreign carmaker.

Another worry is the escalating trade conflict between the United States and China, which risks putting Germany – and Europe – in the awkward position of having to choose between its top two economic partners.

The paper cites a range of problems for German firms operating in China, from forced technology transfer and failures to protect intellectual property to arbitrary customs decisions and unequal access to licenses and financing.

It calls for closer coordination on China strategy within the German government and between the EU and like-minded partners, led by the United States.

It also argues for a new EU instrument to prevent state-subsidised takeovers, including requiring Chinese firms to present accounts based on internationally agreed standards when acquiring European firms so their ownership structures and financing can be vetted.

The BDI calls on the EU to develop its own ambitious industrial strategy for 2030, an echo of Beijing’s “Made in China 2025” plan, which prioritises development of key industry sectors, from robotics and aerospace to clean-energy cars.

It argues for a bigger EU budget to support investments in infrastructure, education and innovation.

“We are facing a systemic competition between our open markets approach and China’s state-driven economic model,” the paper reads. “We need a broad discussion across politics, society and industry about this challenge.”

While the BDI makes clear that it has no interest in “fencing in” China, it argues that China is intent on reshaping the liberal global order that has brought prosperity to Germany.

It describes the Belt and Road Initiative (BRI), Xi’s ambitious plan to connect China to Europe, Africa and beyond via transport links and trade deals, as an attempt by Beijing to build geopolitical influence and shape third markets according to its own interests.

To counter this influence, the BDI calls for a “diplomatic offensive” from Berlin and Brussels towards countries in eastern Europe, central Asia, southeast Asia and Africa.

‘Everything has gone against us’, says Madrid’s Carvajal 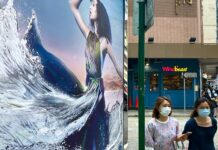 Argentina: Navy submarine found a year after disappearing with 44 aboard