Another year has gone and come for Nepal football. As in past years,yet once,2019 proved to be unproductive and hugely disappointing on most fronts.

I would like to look back  and reflect on the events of the previous year that took place on and off the field. The dismal state of football remained more or less unchanged in terms of  grassroots level football, youth football , infrastructure development, All Nepal Football Association’s(ANFA) leadership and management style and teams’ performance and results.

On the pitch, it was a hectic year for both men and women footballers.The national and different age group teams competed in regional and international tournaments, with  limited success.

Of course, the men’s  senior national team was the cynosure of everyone.They had to overcome a tight, tiring  and challenging schedule year around. They were kept on their toes flying from one country to another competing  in the 2021 World Cup qualifiers.

Pitted against formidable opponents in the likes of Australia, Kuwait and Jordan, they faced an uphill task.Although the outcome was a foregone conclusion, it was  a big opportunity for them to play against the very best oppositions in Asia and to prove themselves on the big stage.The focus, therefore,centered around the team’s overall  performance.

In the opener Team Nepal got off to a disastrous start against Kuwait losing by a  huge margin,followed by three defeats and one win. Although they went down to Australia,Jordan and Kuwait,they played fairly well to avoid blowouts. To their credit, they registered a morale boosting victory over Chinese Taipei, the fourth team in the group.

With three home matches against Australia,Jordan and Chinese  Taipei scheduled in Kathmandu later this year, Nepal is expected to put up an improved performance.We will have to wait and see how it pans out.

The under-23 had a mixed year. They successfully defended the South Asian Games title  held in Kathmandu, thus injecting and offering fresh hope for football that is going nowhere. The youngsters  deserve every bit of praise for their efforts.

Prior to that, the team was in action in the 2020  Asian Football Confederation Qualifiers in Qatar.They underperformed,losing all three games by big margins. We all know that there is an abundance of  talent and untapped potential in the country. Unfortunately, we have seen such talent go to waste in significant numbers over the years largely due to the sad state of affairs of Nepal football.

We witnessed setbacks for both Nepal Under-15 and Nepal Under-18 in the SAFF Championship. Both teams lost to India in the final.

Going  by performances and results in recent years, it is fair to say that youth football has been in relative decline. Nepal used to be a force to reckon with in different age groups football in South Asia and have had fairly impressive  accomplishments ,but that is no more the case now, which is a very concerning and troubling trend.As long as grassroots level football is not a top priority for ANFA, football will go further downhill.

Undoubtedly, women’s football is growing in popularity and status, but remains on shaky ground. As a matter of fact,there has been no serious efforts to revive and uplift the sport on the part  of ANFA. Despite everything, school girls and women of all ages are still attracted and drawn to football.They harbour dreams of one day becoming a professional footballer and playing for the country.

2019  turned out to be a very busy year for women footballers. The senior national team competed in a series of regional and international tournaments with mixed results.

They took part in the SAFF Women’s Championship and  the SAF Games held in Biratnagar and Pokhara respectively.In both competitions they performed  well but finished second best behind arch-rival India.

Likewise, the Olympic team was in action in the  second round of the 2020 AFC Women’s Olympic Qualifiers held in Myanmar.They played against  India, Myanmar and Indonesia. They finished with 1 win( Indonesia) and two defeats (India and Myanmar) record.

Besides, the senior squad competed in the Women’s Gold Cup held in Bhubaneswar, India alongside India, Myanmar and Iran.They managed to beat both India and Iran but conceded defeat to Myanmar twice in the round league and final.

The Under-15  outfit finished third in the  SAFF Under-15 Championship held in Bhutan.  Women’s football can only develop and flourish with adequate care and attention.It has been neglected for far too long.

Swedish Johan Kalin was appointed as the new head coach of the national team. With very limited resources and logistics  at his disposal, he faces a huge challenge and can do very little to make things happen.

The face of Nepal football has remained unchanged, by and large. ANFA led by Karma Tsering Sherpa who came into office vowing to transform and rebuild Nepal football  has not lived up to his words. His administration has fallen far short of promises they made to football afficinadoes.

It is very obvious  that Mr.Sherpa has not demonstrated the vision,leadership ability and commitment to get things done.In addition,he is surrounded by unprofessional executives who have failed to work collectively toward a common goal,pushing football development in the right direction. It appears though they are power hungry, self serving and status seeking people.

Contrary to expectations, leave alone turning things around, there is a clear lack of  direction, foresight,desire and seriousness to address and tackle the real issues plaguing Nepal football for years  on part of ANFA.

It is fair to say  that the administration is guilty of  overlooking sound and effective governance,repeating the mistakes of the previous administration and doing very little to improve all round football development.

Since Mr.Sherpa took over ANFA a little over two years,we have  not seen a radical change of direction. It seems they are taking the same path as the last administration,which does not bode well for Nepal football.This is indeed very disappointing and unexpected.

Development in the real sense is more than just organizing tournaments,restarting the stalled Martyr’s  League, inking deals with sponsors,organizing seminars and workshops,establishing close ties with other football associations, attending seminars and meetings abroad, seeking positions in AFC and FIFA,participating in international competitions and many more.

We witnessed all this over the last two decades under Mr. Ganesh Thapa led ANFA.As a result, Nepal football went through a long phase  of stagnation and no return.

It is very unfortunate that Mr.Sherpa’s leadership and supervisory style has not changed. He is in the footsteps of his predecessor.He is in fact proving to be no different to Mr. Thapa and is offering more of the same broken promises and no accountability.

The future of Nepal football will be largely defined and determined by ANFA’s honesty, commitment to implement and execute goals,missions and  policies envisioned. 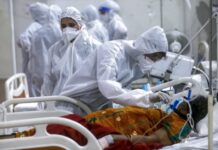 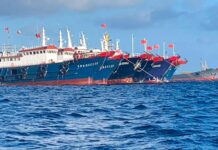