BEIJING/HONG KONG (Reuters) – China is preparing to mark the 70th anniversary of the People’s Republic on Tuesday with celebrations that are expected to involve 100,000 people, fireworks, artistic and athletic performances, and displays of cutting-edge military hardware.

In contrast to this pomp and ceremony, festivities have been scaled back in Hong Kong, which has been wracked by nearly four months of often-violent anti-government protests.

Here are some views of people living in Beijing and Hong Kong about the anniversary celebrations, and China’s development over the last seven decades:

GE, 72, Beijing resident, who only gave his last name:

“I think Hong Kong is a really important city for China and it is also an international city. Foreign investors use Hong Kong as a base to enter China, so if protesters stir up trouble in Hong Kong, there is no benefit for China. I certainly don’t want Hong Kong to have troubles and I hope this issue can be resolved quickly.”

“The development of China is very good. I go abroad quite often, and I can feel it from the attitude of the foreigners. I think China has become much more powerful. I am so proud of being Chinese, especially this year with the celebration of the 70th anniversary. This is my third time watching the parade rehearsal, and every time, I am pleased. I feel very excited to be born in this era.”

“When it comes to my view about China, I think their human rights and freedom in every sense, is all in decline. Maybe back at the time of opening up and reform, people were saying that China was gradually developing, and would turn toward becoming a democratic society. But in fact, the actual result has been a consistent move in the other direction. And so I think that the culture in China is in decline.”

“Young people are the main power and at the forefront of the nation’s development. The country is very supportive of young people’s start-ups, with many funds to help them launch their own businesses. The country has done well on many things such as education for the youth.”

“China tries to show people that it is an international superpower, that the economy is excellent. But in fact, the inequality there is very severe. Even though it claims to be a country that runs according to socialism, in many respects you cannot see the things that a socialist state should have in terms of values. There are many aspects in which China is still lacking as an international superpower, such as the rights of the citizens, and the country has no ability to resolve these issues.” 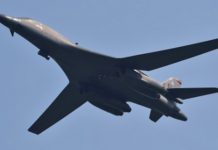