Fauci, the outspoken director of the National Institutes of Allergy and Infectious Diseases, said the United States was starting the flu season with a high baseline of around 40,000 new cases a day and deaths are averaging around 1,000 daily.

Trump, who has admitted playing down the severity of the virus since it emerged early this presidential election year, said on Thursday he believed the United States was “rounding the corner” on the crisis.

“I have to disagree with that, because, if you look at the thing that you just mentioned, the statistics … they are disturbing,” Fauci said on MSNBC.

Fauci said he hoped the country did not see a spike in cases after the Labor Day weekend as it did after other long holiday weekends since May.

It was important to get those infection rates down before the autumn and winter seasons when people will be spending more time indoors. “You don’t want to start off already with a baseline that’s so high,” Fauci said.

Asked about the outdoor campaign rallies Trump has resumed before his Nov. 3 matchup against Democrat Joe Biden, Fauci said they are “absolutely” risky.

“Just because you’re outdoors does not mean that you’re protected, particularly if you’re in a crowd and you’re not wearing masks,” he said.

Fauci, who has contradicted Trump’s statements about the virus, denies the administration is pressuring him to keep quiet.

“Anybody that tries to tell me what to say publicly, if they know anything about me, realizes that’s a fool’s errand,” Fauci said. “No one is ever going to pressure me or muzzle me to say anything publicly.” 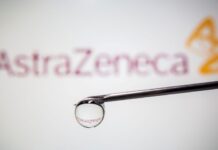