MOSCOW: Russia has accredited a diplomat from the Taliban to engage with the new Afghan government but remains concerned about the threat of Islamist groups spilling over into Russia via Central Asia, foreign minister Sergei Lavrov said today.

Russia hosted an international conference on Afghanistan last year to try to reach a peace deal and curb violence between the Taliban and the then Afghan government.

Russia has labelled the Taliban a “terrorist organisation” but has welcomed their members on numerous occasions for talks.

Since Russia’s mediation efforts, the US and its allies withdrew their troops from Afghanistan after 20 years there and the Taliban seized power in August as the US-backed government collapsed.

Speaking at an Afghanistan-focused conference in China, Lavrov said that growing trade and economic ties between Afghanistan and countries in the region was contributing to the potential international recognition of their administration.

He said a Taliban envoy was already active in Moscow.

“I would like to note that the first Afghan diplomat who arrived in Moscow last month and was sent by the new authorities has received accreditation at the Russian foreign ministry,” he said.

Russia is worried about the potential for fallout in the wider region and the possibility of Islamist militants infiltrating the former Soviet republics of Central Asia, which Russia views as its southern defensive buffer.

“The plans of the Islamic State and its supporters to destabilize Central Asian states and export instability to Russia are of particular concern,” Lavrov said.

“The build-up of detachments of Jamaat Ansarullah and the Islamic Movement Uzbekistan around the Afghan-Tajik and Afghan-Uzbek borders are an alarming sign.”

Since the Taliban takeover last year, Moscow has held military exercises in Tajikistan and bolstered hardware at its military base there. 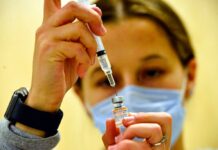 US backs Covid shots for kids as young as 6 months 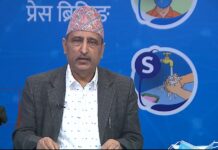