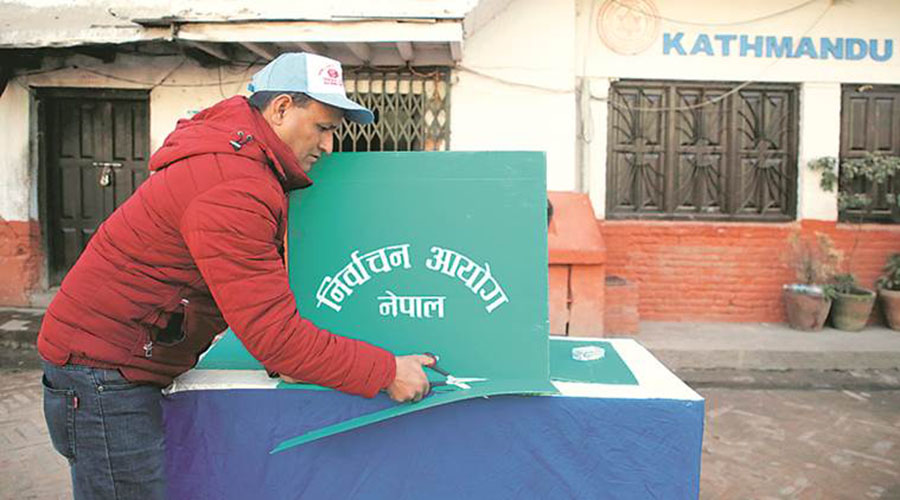 Some 12.3 million out of a total electorate of 15.4 million will vote in the second and last phase of elections for a federal and seven provincial legislatures in Nepal on Thursday. This will be the first election under the country’s new constitution that came into effect in September 2015, and the campaign has been shot through with a strong sense of history in the making, the panic triggered by over a hundred small and large terrorist attacks tragetting high-profile candidates notwithstanding.

The first phase of polling on November 26, when votes were cast for 37 parliamentary and 74 provincial legislature seats, saw a turnout of 65%. Nepal’s Parliament will have 275 seats, 165 of which will be decided by direct voting in which the winner will be chosen by the ‘first past the post’ system that is in vogue in India; the remaining 110 seats will be decided by a system of proportional representation. The seven provincial legislatures will together have 330 members; each of these Houses will have a different strength.

The final outcome of the election will take about a month to be declared. The exercise is being watched with great interest by the world, and especially China and India, who played very significant roles in the peace process that has brought sweeping political change in Nepal since April 2006. For the three biggest parties — the Nepali Congress (NC) and the Left Alliance comprising the Communist Party of Nepal-Unified Marxist Leninist (CPN-UML) and the Communist Party of Nepal-Maoist Centre (CPN-MC) — the election is the vehicle for the irreversible constitutional endorsement of Nepal’s transformation into a secular Republic from a Hindu Kingdom.