Kathmandu, June 5: A week after the government decided to rescue Nepali citizens stranded abroad due to travel restrictions in the wake of coronavirus pandemic, the government will formally begin rescuing its citizens from Friday (June 5).
The government began the process after designating the holding centres in three districts of the Kathmandu Valley to keep the rescued citizens until they are sent to their respective local bodies.
Thousands of Nepalis are desperately waiting to return home from different countries across the world.
Santa Bahadur Sunar, joint-secretary and a member of the COVID-19 Crisis Management Centre-Operation (CCMC-Ops), said the CCMC-Ops had received confirmation that nearly two hundred Nepalis from Myanmar and UAE were arriving in Nepal on Friday.
Twenty-six Nepalis will land here on Friday afternoon on a chartered flight managed by the national army of Myanmar government and after that another flight from the United Arab Emirates will arrive here carrying over 150 Nepalis, according to the Ministry of Foreign Affairs.
The Ministry of Foreign Affairs is coordinating with all Nepali embassies abroad to manage the flight schedule and number of Nepalis being rescued.
Before sending them to 14 days of compulsory quarantines, they will first be kept in different holding centres in the Valley under the coordination of federal government ministers where their details will be collected and mobile SIM cards provided to them.
The Nepali Army will take them to the holding centres arranged in various party venues and banquettes of the Valley by Sajha Yatayat buses from the airport, according to CCMC-Ops member Sunar.
Although the government has unofficially decided to rescue just around 25,000 Nepalis, an official from the Ministry of Foreign Affairs said more than 40,000 Nepalis were willing to come home from abroad instantly.
Meanwhile, joint secretary at the Ministry of Foreign Affairs Harischandra Ghimire said diplomatic missions abroad had been collecting details and numbers of Nepalis wishing to come home. 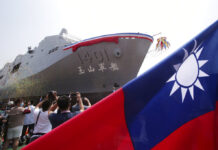 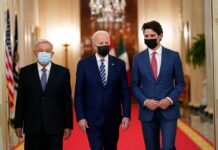 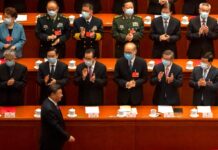 Biden to press Xi to get in line over condemnation of...