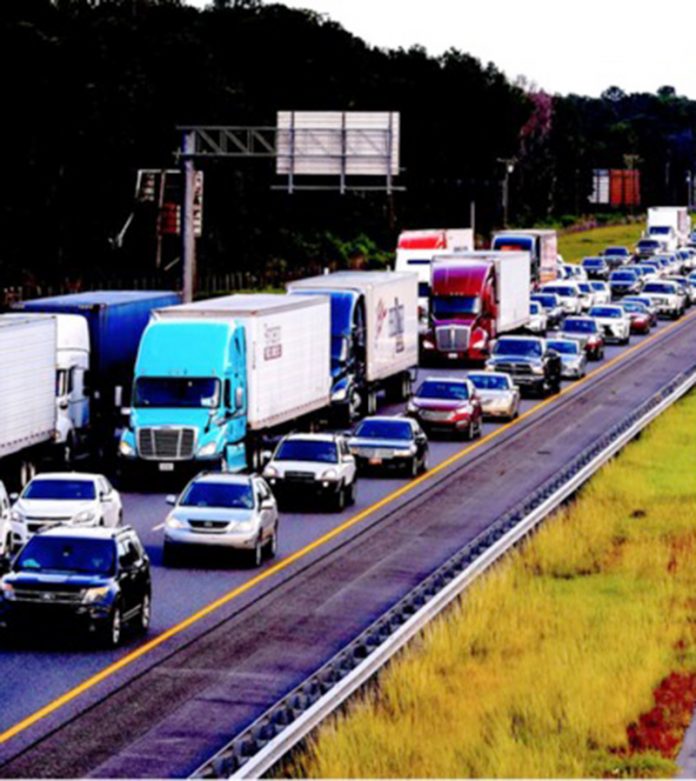 According to officials, several of the 6 million people combined, who call Miami-Dade, Broward and Palm Beach counties their home were rushing out in fear to avoid the hurricane’s path.
Despite reports of several clogged roads, thousands of motorists braved the slowdowns and backups and took to the roads, even as some drivers were forced to wait for hours at gas stations, some of which ran out of fuel almost immediately.

Officials said early in the day that the Florida Highway Patrol escorted fuel tankers so they could reach and resupply gas stations.
Troopers too monitored roadways to help after fender-benders and with disabled cars and trucks.
Several thousands of Floridians meanwhile tried to fly out of town, in a bid to avoid the chaos on the highways.
Officials said that Irma’s impending landfall had forced airlines serving some of the nation’s largest airports to plan to shut down operations.
On Thursday, officials in Miami-Dade County, Broward County east of US 1, Palm Beach County, low-lying parts of Brevard County, and Monroe County, home to the Florida Keys issued mandatory evacuation.

A coronavirus vaccine could be ready this fall, according to British... Latest Delta outbreak is China’s most widespread since Wuhan