The Annapurna Circuit which saw only very few visitors for over a year due to the pandemic had started getting the footfall of visitors as the first wave of the pandemic was not so widespread in the district last year. But with the spread of the second wave of the virus and its new variant, tourists are confined in villages like Sangsar, Bhraka, Tanki Manang, Humde, and Pisang.

On Tuesday, 28 people in the district including one foreign national were tested positive for the virus and so far the positive cases are 44, said the District Public Health Office, Manang.

According to Annapurna Conservation Area, Manang chief Lekhnath Gautam, there are 22 foreign tourists in the villages of Manang. A total of 241 tourists: 144 male and 97 female were reported to have arrived in the district last month and of them, 197 have reached Mustang via the Thorong-La Pass, and the remaining were back from the Annapurna Circuit. 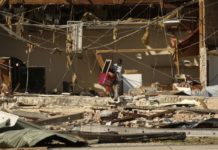