PHOENIX (Reuters) – The late Republican U.S. Senator John McCain was eulogized from across America’s political divide on Thursday by Democratic former Vice President Joe Biden, who hailed his longtime Senate colleague as a “brother” and beacon of bipartisanship.

Biden paid tribute to the two-time Republican presidential candidate, who died on Saturday from brain cancer at age 81, during a 90-minute memorial service at North Phoenix Baptist Church, the latest in a string of commemorative salutes to the Vietnam War hero and venerable politician.

Biden, 75, credited McCain with reflecting core values, sometimes frayed in the growing rancor of the nation’s politics, that everyday Americans wanted to believe about themselves.

“They knew that John believed so deeply and so passionately in the soul of America that it made it easier for them to have confidence and faith in America,” Biden said.

He also recalled McCain as a man who could be cantankerous and stubborn but treated political opponents, including Democrats, with mutual respect while cherishing friendships struck up with those with whom he differed.

Biden, 75, first met McCain in the 1970s when McCain was a Navy Senate liaison. Biden said their close personal bond abided even when the senator from Delaware was chosen as the running mate for McCain’s Democratic rival in the 2008 presidential race, Barack Obama, who defeated McCain.

“I always thought of a John as a brother. We had a hell of a lot of family fights,” Biden said to laughter from the 3,500 or so mourners packing the auditorium.

Biden also invoked the 2015 death of his own son, Beau, from brain cancer, and that of his first wife and infant daughter in a 1972 auto accident, in offering words of sympathy to McCain’s loved ones.

At the service’s end, McCain’s coffin was borne out of the church to a recording of Frank Sinatra’s “My Way.” It was then taken to the airport for a flight to Washington, McCain’s last from Arizona.

The memorial came a day after thousands of admirers waited in line for hours in the blazing Arizona sun and triple-digit heat to pay final respects as McCain’s flag-draped coffin lay in state in the Arizona Capital rotunda.

The onetime Navy fighter pilot endured 5-1/2 years as a prisoner of war in Vietnam after his aircraft was shot down over Hanoi. He went on to a celebrated career on Capitol Hill, earning a reputation as a political maverick who prided himself on working across party lines on issues such as immigration, climate change and campaign finance reform.

As the Senate Armed Services Committee’s chairman, he also became a leading voice on defence.

McCain stood out during the last two years of his life as a leading Republican critic of U.S. President Donald Trump, a fellow Republican whom McCain’s family has asked not to attend his funeral on Saturday at Washington’s National Cathedral. 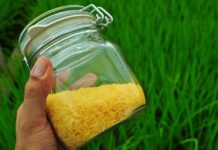