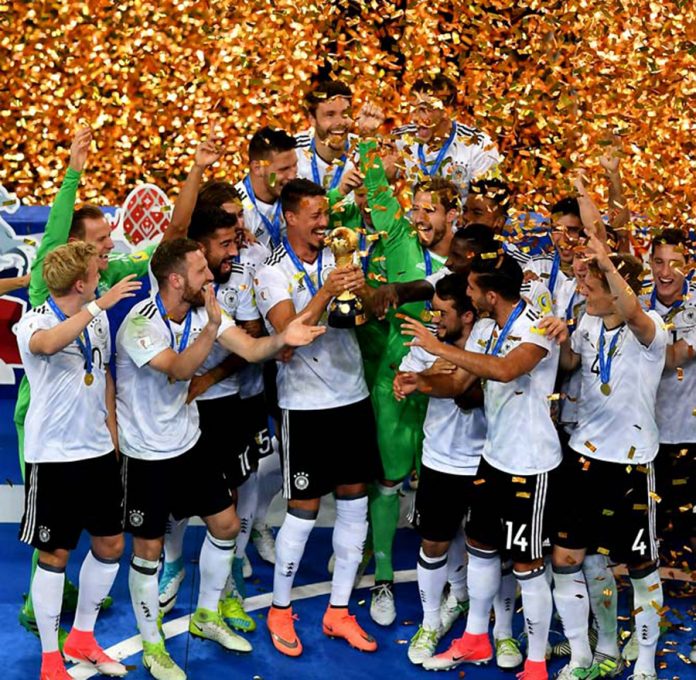 World champions Germany pushed Brazil back into second place to return to the top of the FIFA rankings, which was published on Thursday.

European champions Portugal climbed three places to third — even though they are second in their World Cup qualifying group behind Switzerland.

In another surprise, Argentina is fourth in the rankings despite struggling to qualify for the World Cup after drawing their last two games – away to Uruguay and at home to Venezuela.

Three other teams reached their best-ever place – Peru (12th), Northern Ireland (20th) and Luxemburg (101st) after they held France to a 0-0 draw away.

The next FIFA rankings will be announced on Oct. 16 and used to determine the seedings in the draw for the four European playoff ties for next year’s World Cup finals in Russia.