ATHENS: Firefighters were battling two large wildfires in Greece today, as the prime minister said the country was suffering its worst heatwave in more than three decades.

Fires have also raged across Turkey, Spain and Italy over the weekend with experts warning climate change was increasing both the frequency and intensity of such blazes.

More than 3,000 hectares (7,400 acres) of pine and olive groves have been torched by a fire that broke out on Saturday near the city of Patras, 200km west of Athens, according to the National Observatory of Athens citing EU satellite images.

And the authorities were rushing to bolster crews fighting a blaze on the island of Rhodes near Turkey.

“We are facing the worst heatwave since 1987,” prime minister Kyriakos Mitsotakis said, adding that the authorities were doing “everything possible” to deal with the situation.

After meeting electricity providers, he warned that the brutal heat was putting a strain on the power network and asked for Greeks to limit their consumption in the early afternoon and during the night.

Deputy civil protection minister Nikos Hardalias said there had been 1,584 fires across Greece in July compared to 953 in 2019, and that there had been 116 new blazes in just the last 24 hours.

“We are no longer talking about climate change but about a climate threat,” he told Star TV.

The fire near Patras was not fully under control today, the country’s weather service told the ANA news agency.

And temperatures of up to 45°C have been forecast for nearby areas, posing new risks for land already parched by the heatwave.

Officials have evacuated five villages and a seaside town, and eight people have been hospitalised with burns and respiratory problems.

However, officials were optimistic that a fire on the island of Rhodes, near the Turkish coast, was on the back foot after more firefighters and resources were deployed overnight.

“Dawn finds Rhodes much better than the day before,” South Aegean governor George Hatzimarkos said in a statement.

He added that the fronts of the fire were receding and “almost under control”.

More than 100 firefighters, helped by 20 vehicles, three planes and six helicopters, were sent to Rhodes this morning, officials said.

Dozens more firefighters and 14 vehicles were due to arrive from Athens later in the day.

Firefighters evacuated a central area on the island known as “the Valley of the Butterflies” popular with hikers and tourists yesterday.

Temperatures of between 40°C and 42°C have been forecast for the island in the coming days, with the heatwave expected to peak today and tomorrow.

Nearby Turkey is suffering its worst fires in at least a decade, claiming the lives of eight people and forcing hundreds to evacuate in southern areas popular with tourists. 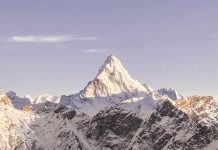 With Over 3,700 COVID-19 Cases In Kathmandu, Experts Estimate Community Transmission

Trump risks blowback from war of words with China over coronavirus