Nobody gave them a chance but Gujarat Titans, bucking all pre-tournament predictions, surprised everyone by lifting the Indian Premier League title in a dream maiden season after a seven-wicket victory over Rajasthan Royals in the final here on Sunday.

Shubman Gill and David Miller remained unbeaten on 45 and 32, respectively, to complete an emphatic win for their team.

It should have been a comfortable chase but Rajasthan bowled their hearts out to make it an interesting final. As they showed all season, Gujarat remained calm in tough situations to finish the chase in 18.1 overs.

Not many gave Gujarat a chance in their first season especially after a mixed auction where they waited till the end to secure the services of wicketkeepers Wriddhiman Saha and Matthew Wade.

It was not a team studded with star players but Hardik impressed with his leadership and got the best out of his colleagues.

His performance with bat and ball also contributed immensely to the team’s triumph besides the ability to bounce back from any situation through the brilliance of Miller and Rahul Tewatia.

After posting an underwhelming total, Rajasthan had to produce a special effort with the ball to get back in the game.

The pace duo of Trent Boult and Prasidh Krishna were brilliant in the powerplay, reducing Gujarat to 31 for two with Wriddhiman Saha (5) and Matthew Wade (8) back in the dugout.

Krishna got one to seam back in from good length to breach Saha’s defence and crash into the stumps.

Boult, who also bowled a maiden over in his tidy spell, removed Wade. Gujarat would have been three down in the powerplay if Yuzvendra Chahal held on to a simple catch of Gill off Boult in the first over of the innings.

Hardik and Gill struggled to get the boundaries but never felt extreme pressure as the asking rate remained very much in control.

R Ashwin was introduced in the 12th over and Hardik (34 off 30) decided to go after him, collecting a four and six off successive balls to bring up the 50-run stand with Gill and take Gujarat to 77 for two in 12 overs.

The skipper fell to a brilliant leg break from Chahal but Gill and Miller got the job done in the end. The entire stadium, housing more than a lakh people, erupted when Gill hit the winning six.

Earlier, Hardik (3/17) struck thrice in his four overs while Rashid Khan (1/18) delivered yet again on the big stage to put their team on course for a title in its debut season.

Rajasthan did not have the best of starts after skipper Sanju Samson decided to put runs on the board in a big final. Gujarat bowlers were able to maintain the pressure on the opposition though Jos Buttler (39 of 35) and Yashasvi Jaiswal (22 off 16) tried their best to break free.

Jaiswal, who looked tentative against the pace and swing of Mohammad Shami, took more chances compared to Buttler at the start of the innings.

Among the shots Jaiswal attempted, his most assuring stroke was a beautifully timed six over cover off Shami. After pulling Yash Dayal for a massive six over long leg, the southpaw tried one too many and was caught in the deep. The extra bounce induced the mishit.

Buttler, who began his innings with a crisp square cut, was joined by Samson (14 off 11) in the middle.

Knowing well that both the Rajasthan right-handers struggle against Rashid Khan, Hardik brought the star spinner into the attack in the powerplay itself.

Both Buttler and Samson chose to play safe against Rashid as Rajasthan reached 44 for one in the powerplay. The in-form Buttler decided to force the issue as he drove Lockie Ferguson over the cover fielder before cutting him for successive boundaries. The New Zealander was generating serious pace and went on to clock 157.3 kmph, the fastest ball of the tournament.

Samson did not last long as his opposite number Hardik removed him on his second ball of the game. Hardik hit the hard length and Samson went for the pull shot only to be caught on the off-side, leaving Rajasthan at 60 for two in 8.2 over.

PM May – Getting rid of me risks delaying Brexit 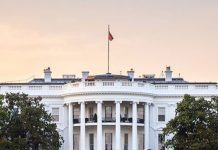