Black pepper is a hot, pungent spice with a host of health benefits. In fact, it is used extensively in Ayurvedic medicine.

It has an active component called piperine ( Piperine is responsible for the pungency of black pepper ) that gives black pepper its characteristic taste. Plus, it contains iron, potassium, calcium, magnesium, manganese, zinc, chromium, vitamins A and C, and other nutrients.

The piperine in black pepper enhances the bioavailability of various nutrients such as vitamins A and C, selenium, beta-carotene, and others, thereby improving your overall health. Bioavailability refers to the amount of a nutrient or supplement that is absorbed by the body.

Researchers have found that it can increase the bioavailability of the compound curcumin (found in turmeric) twentyfold. Curcumin helps fight cancer, infection, and inflammation.

Moreover, piperine stimulates amino acid transporters in the intestinal lining and inhibits enzymes that help metabolize nutritional compounds. It also prevents the removal of substances from cells and reduces intestinal activity, so more substances enter the body in active form and remain available for use.

Besides adding flavor to your food and promoting digestion, black pepper works as an appetite stimulant. An Ayurvedic remedy specifically for this purpose calls for consuming a mixture of one-half teaspoon of black pepper and one tablespoon of jaggery powder (Jaggery is a traditional non-centrifugal cane sugar consumed in Asia gud or sakkhar). Take this remedy on a regular basis till you see improvement.

Although it stimulates the appetite, black pepper also can help you lose weight. The outer layer of peppercorns contains phytonutrients that encourage the breakdown of fat cells.

Black pepper suppresses fat accumulation in the body. Also, by improving your metabolism this fat-free food can help you burn calories.

In addition, being a diuretic and diaphoretic herb, it promotes urination and perspiration, which in turn help flush toxins and excess water from the body.

If you are prone to stomach gas, try spicing up your food with black pepper instead of chili powder or peppers.

Studies have shown that the piperine in black pepper exerts protective activity against numerous forms of cancer. Piperine also increases the absorption of other nutrients like   selenium, curcumin, beta-carotene, and B vitamins in your intestines – nutrients that are vital for gut health and cancer prevention.

It reduces the stress on the rectum and helps prevent colon cancer. It showed similar properties in cases of prostate cancer too.

It’s piperine, again. Reports have shown that piperine can lower blood pressure in animals, and similar effects can be expected in human beings. One Slovakian study states that oral administration of piperine can control the increase in blood pressure.

Ingestion of piperine also proved to be effective in controlling blood pressure in yet another study. Interestingly, piperine also enhances the bioavailability of curcumin, another important compound found in turmeric.

Black pepper has been used for this purpose even in the ancient Chinese medicine. The pepper is known to stimulate circulation and the mucous flow. And when you combine it with honey, the effect is enhanced – as honey works as a natural cough suppressant.

The pepper can also ease asthmatic symptoms. Black pepper clears the respiratory tract and eases other respiratory ailments like whooping cough as well.

The antibacterial properties of black pepper come into play here. As per one South African study, piperine in black pepper exhibits larvicidal effects (targeted towards dangerous insects in their larval stage of life) and help prevent infection and spread of disease.

Black pepper has superb antioxidant effects, which contribute to your health in numerous ways. Antioxidants fight the disease-causing free radicals and boost immunity. Test conducted by the National Institute of Nutrition in India found that black pepper had the highest concentration of antioxidants in all of the foods they had analyzed. The pepper also had the highest phenolic content. This high antioxidant content enables pepper to offer various health benefits, some of which include the prevention of serious ailments like cancer.

Black pepper has great effects on brain health. The piperine in the pepper inhibits one enzyme that breaks down serotonin, the calming neurotransmitter. This enzyme also degrades the functioning of another hormone called melatonin – which regulates the sleep/wake cycle.

Piperine also has its importance in Parkinson’s disease. It inhibits another type of enzyme that disrupts the production of dopamine, the feel-good hormone. Dopamine is usually deficient in patients with Parkinson’s, and ingesting black pepper can ease the symptoms. Similar effects can be observed in the case of depression too.

Black pepper can also delay brain aging and prevent Alzheimer’s. And it can also enhance the nerve activity in the brain, thereby curing seizures. It also protects the nerve cells and prevents early cell death. Moreover, it also had shown beneficial effects in stroke patients.

The beneficial antioxidants in black pepper might help stabilize blood sugar levels. They regulate hyperglycemia, thereby aiding in diabetes treatment. And a 2013 study has proved that black pepper oil can inhibit the two enzymes that break down starch into glucose and make diabetic symptoms worse. But ingesting black pepper can delay glucose absorption.

If you are suffering from dandruff problems, black pepper is the best treatment. Add a teaspoon of crushed pepper to a bowl of curd and apply it to your scalp, leaving it on for about 30 minutes. Wash off with water. Do not use shampoo. If you want, you can shampoo the next day as this will give the mixture ample time to work on dandruff.

Remember not to overdo the pepper as an excess of this ingredient will make your scalp burn, causing extreme discomfort.

Romanian Covid-19 patients discharge themselves on back of new law 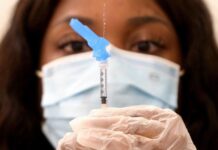