“When thousands of Cubans took to the streets in July, the Cuban government responded with a brutal strategy of repression designed to instill fear and suppress dissent,” HRW researcher Juan Pappier wrote in the report.

Cuban authorities have arrested more than 1,000 people as part of a wave of repression, said HRW, quoting a Cuban NGO called Cubalex.

“The goal for the regime was to make fear more powerful than people’s desperation,” Pappier told AFP.

On July 11 thousands of Cubans took to the streets in some 50 locations to protest harsh living conditions and repressive government on the communist-run island.

The rallies had no precedent since the Cuban revolution of 1959 and left at least one person dead and dozens of injured as security forces cracked down.

Since then, peaceful demonstrators and other critics of the government have been arrested, held without due process and subjected to sham trials, HRW said.

The report documented in detail violations against 130 people across Cuba. In most cases these people were interrogated repeatedly.

Some detainees were denied sleep or beaten while others were threatened with reprisals against them or their families for having protested, the report said.

Gabriela Zequeira Hernandez, a 17-year-old student, told HRW that she was arrested in Havana while walking past a demonstration on the day of the protests.

She said two female officers made her squat down on the ground naked five times and cough while pressing against her stomach to see if anything came out of her body. One of them made her probe her own vagina with her finger.

From July to October, HRW interviewed more than 150 people including activists, victims of abuse, relatives and lawyers with direct knowledge of the events. HRW also examined court documents and corroborated many videos and photos.

Protesters plan to take to the streets again Nov 15 to stage demonstrations that the government has already declared illegal.

“Then we will see if the regime’s strategy of fear has worked,” said Pappier. 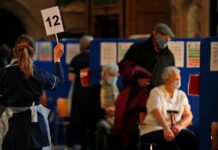