WASHINGTON (Reuters) – A human rights law group contracted by the U.S. State Department to investigate atrocities against Rohingya Muslims in Myanmar called on Monday for the urgent establishment of a criminal tribunal to bring those responsible to justice.

There were reasonable grounds to believe the Myanmar military committed crimes against humanity, genocide and war crimes against the minority group, the Public International Law and Policy Group (PILPG) said in a report. The report was based on more than 1,000 interviews with Rohingya refugees who fled to Bangladesh.

The Washington-based group’s use of the term genocide adds pressure on U.S. President Donald Trump’s administration to harden its own characterization of the treatment of the Rohingya, something that could oblige the U.S. government to take stronger punitive measures against Myanmar.

“The international community is obliged to protect populations subjected to atrocity crimes by their own governments and ensure justice and accountability for such crimes,” the report said.

It called for the urgent establishment of an “accountability mechanism,” or referral to the International Criminal Court. It noted that in similar circumstances in the past, different mechanisms had been used, including the ICC, ad hoc tribunals established by the United Nations, and hybrid or domestic tribunals established with the support of intergovernmental organizations.

The military in Myanmar, where Buddhism is the main religion, has denied past accusations that it had committed genocide against the Rohingya and says its actions were part of a fight against terrorism.

Myanmar’s Embassy in Washington did not immediately respond to a request for comment on the report.

The United States Holocaust Memorial Museum in Washington also issued a statement on Monday saying there was compelling evidence that the Myanmar military committed ethnic cleansing, crimes against humanity and genocide against the Rohingya.

A report by U.N. investigators in August found that Myanmar’s military carried out mass killings and gang rapes of Rohingyas with “genocidal intent,” and said the commander-in-chief and five generals should be prosecuted under international law.

That report called for the U.N. Security Council to impose an arms embargo and targeted sanctions as well as for the suspects to be tried by an ad hoc tribunal or referred to the ICC. However, diplomats say veto-wielding powers China and Russia are likely to protect Myanmar, previously known as Burma, from U.N. action.

The PILPG’s refugee interviews formed the basis of a U.S. State Department report released in September, but Washington stopped short of using the terms crimes against humanity, genocide or war crimes. Monday’s report from PILPG added the group’s legal analysis to its findings on the atrocities.

The State Department report, the subject of an internal debate that delayed its rollout for nearly a month, referred to a “well-planned and coordinated” campaign of mass killings, gang rapes and other atrocities.

A declaration of genocide by the U.S. government, which has only gone as far as labelling the crackdown “ethnic cleansing,” could require Washington to impose stronger sanctions on Myanmar, a country with which it has competed for influence with regional rival China.

Asked about the PILPG report, a State Department spokesperson noted the ethnic cleansing designation Washington has used so far, and said it “continues to review and analyse new evidence and information as it comes to light.”

More than 700,000 Rohingya Muslims fled a sweeping army crackdown in Rakhine State last year, according to U.N. agencies. Human rights groups and Rohingya activists have put the death toll from the crackdown in the thousands.

U.S. senators from both sides of the aisle have criticized Secretary of State Mike Pompeo for not going further in his condemnation.

A congressional aide said the House could vote as soon as next week on a resolution stating that the Rohingya were victims of genocide and crimes against humanity.

The resolution also calls for the release of two Reuters reporters, Wa Lone and Kyaw Soe Oo, who reported on the killing of 10 Rohingya men in Rakhine State in the west of the country, implicating Myanmar’s security forces.

A Myanmar judge found the two reporters guilty of breaching a law on state secrets and jailed them for seven years in September.

“The State Department had access to the exact same data when developing its report, yet we don’t have any policy announcement from Secretary Pompeo on a genocide determination, nor any other public statement on how the administration views the brutality. What is the reason for this silence?” Democratic Senator Ed Markey said in a statement to Reuters.

The lawyers’ report, based on the work of 18 investigators from 11 countries, found that Rohingya men, women, and children were the victims of “mass shootings and aerial bombardments, gang rapes and severe beatings, torture and burning, and attacks from flamethrowers and grenade launchers.”

It focussed on the build-up to and conduct of “major systematic attacks” in Myanmar’s Rakhine state between Aug. 25 and Sept. 4 of 2017.

Even as the Rohingya fled for Bangladesh they were fired on by military helicopters while the Myanmar Navy sought to sink overcrowded ferries, the report said, adding this showed the campaign went beyond the aim of merely driving the people out.

“The scale and severity of the attacks and abuses … suggest that, in the minds of the perpetrators, the goal was not just to expel, but also to exterminate the Rohingya,” the report said. 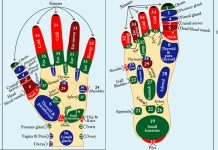 Fires in the Amazon: a barrier to climate change up in...