PARIS (Reuters) – Italian teenager Jannik Sinner never lost his cool as he became the first debutant to reach the French Open quarter-finals since Rafael Nadal in 2005 with a 6-3 6-3 4-6 6-3 victory against a feverish Alexander Zverev on Sunday.

The 19-year-old, who will also be the youngest male player since Novak Djokovic in 2006 to feature in the last eight at Roland Garros, will face 12-times champion Nadal for a place in the semi-finals.

The South Tyrolian, winner of last year’s NextGen ATP Finals, dropped a set for the first time in the tournament but he continued to take the ball very early, making his 23-year-old opponent look old at times.

Sinner wrapped up victory on a windswept Court Suzanne Lenglen with a booming forehand that Zverev could only return into the net.

Zverev said he had been ill since his third-round win against Italian Marco Cecchinato on Friday.

“I can’t really breathe, as you can hear by my voice. I had fever, you know, as well.

Players are regularly tested for COVID-19 but Zverev declined to answer a question about the date of his last test.

Frenchman Hugo Gaston, who plays later on Sunday, and German Daniel Altmaier, on court on Monday, are other debutants looking to reach the last eight in Paris.

“It’s a best-of-five sets match, it’s a bit different. Even if you lose a set you just try to keep going,” said Sinner, who has only gone the distance one time in his young career, losing to Russian Karen Khachanov in the first round of this year’s U.S. Open.

“I knew I was playing quite well even in the third set. In the fourth I tried to be focused on the first game and it went quite well.”

Sinner got off to a strong start, breaking for 3-1 and saving three break points in the following game, allowing his opponent to stay afloat courtesy of his unforced errors.

A coughing Zverev had the doctor and the trainer on court, showing them his throat and sending them away. At the following change of sides, the German again had them at his side and took a pill, being told by the doctor to take another one half an hour later.

Sinner saved two break points at 5-3 and Zverev grew frustrated, smashing his racket on the ground when the Italian set up a first set point, then another.

He bagged the opening set on his third attempt with a winner.

Sinner continued to play better on the important points and a couple of breaks earned him the second set on his opponent’s serve with Zverev appearing to be bothered by gusts of wind.

Zverev broke for the first time in the first game of the third set but that did not seem to bother Sinner, who broke back for 4-4.

But a woeful double fault gave Zverev the decisive break for 5-4, the German then serving it out, albeit on his sixth opportunity.

Sinner was undeterred and stole Zverev’s first service game of the fourth set, before holding serve throughout for a resounding victory – his first over a top-10 opponent at a major, on his first attempt.

Where a No-Deal Brexit Would Hurt Europe the Most 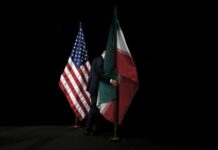