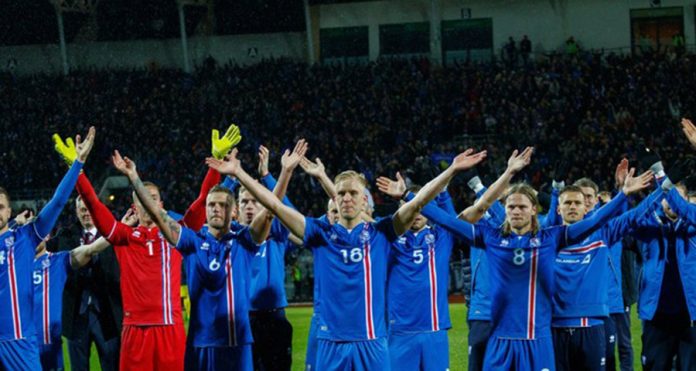 Iceland became the smallest country ever to qualify for the World Cup when they beat Kosovo 2-0 on Monday to book a place at their first finals in Russia next year as winners of Group I.

It was a remarkable achievement for a country which has a population of about 350,000. The previous smallest country to have reached the finals was Trinidad & Tobago, in 2006, with 1.3 million people.

Coached by part-time dentist Heimir Hallgrimsson, Iceland finished the group with 22 points from their 10 games.

Until fireworks went off after the final whistle, Monday’s match on a wet Reykjavik night rarely felt like an historic occasion, with the hosts grinding out a routine win against opponents who were more refined technically but lacked punch.

An emphatic 3-0 win in Turkey on Friday had sent Iceland top of the group for the final match, although they struggled to impose themselves against the group’s bottom side.

Iceland had to wait half an hour for their first real chance when Jon Bodvarsson’s far post header was easily saved by Samir Ujkani.

Iceland were happy to sit on their lead but struck again in the 68th minute when Sigurdsson again got past Rrahmani and laid the ball into the middle for Gudmundsson to score from close range.

Iceland’s seven wins in the group included all five of their home matches where previous World Cup semi-finalists Croatia and Turkey were among the victims.