PHILADELPHIA: Hundreds of voters line up for Joe Biden: Less than a month before the presidential election, images from Philadelphia are likely to irritate Donald Trump who says the Democratic stronghold is a potential source of fraud.

This week, a line of voters wearing masks stretched around the town hall of the largest city in the swing state of Pennsylvania to cast “mail-in ballots” for the Democratic candidate under the supervision of municipal employees and police.

Because of the coronavirus pandemic, for the first time, this year, any voters in this key state can request a ballot by mail, and then return it via post or drop it off in person at a temporary office to ensure it is counted on time.

Since these offices opened on Sept 29, thousands of citizens have dropped off their ballots early, with several hundred thousand expected to have done so by polling day on Nov 3.

In 2016, 82% of voters in Philadelphia plucked for Hillary Clinton and Trump is unlikely to fare better this year. All but one of 16 people asked by AFP said they were voting for Biden.

Nancy Rasmussen, 74, said she felt like Nov 3 had arrived already.

“I gotta be here. Because it’s so important (to get rid of Trump), so I’ll stand in a long line to get this vote in,” she said, teary-eyed.

Kenneth Graitzer, a retired librarian, said he chose to vote in advance because he considers it “safer” due to heightened political tensions, which include Trump calling on his supporters to monitor polling stations.

“I’m afraid of him, and I’m afraid of people that are on the edge, that think that he’s a god. And I just think he’s a danger to the country, and it’s been a disaster,” he said.

Curtis Adams, a bar owner and art historian, said he had no fear of intimidation but he still felt happier getting his vote in early.

“I didn’t want to take a chance on my vote not being counted. I had to wait an hour or two, but I wanted to get it in,” he said.

Lisa Deeley, the chairwoman of the city’s commissioners, which oversees voting, said early voting had been “tremendously popular” but added that “the pressure is real” to ensure the elections are conducted properly.

She has recruited hundreds of extra people to manage the advance poll, the ballots of which will not be opened until election day. But she is worried about the suspicions Trump is raising about the city’s vote.

“Bad things are happening in Philadelphia,” he said during his TV debate with Biden last month after one of his supporters was ejected from a polling station for filming on his mobile phone without authorisation.

No fraud has ever been proven in Philadelphia, but that hasn’t stopped local Republican officials from suggesting it might occur.

Connie Winters, an elected representative, says “the system is open to fraud”, and claims to have seen electoral lists with names of people who could not be found.

Fraud, she says, would be tempting in a city where Democrats hold the overwhelming majority of elected positions and every vote counts in a state that Trump only won by 44,000 votes in 2016.

“We heard the very same cries in 2016 from then-candidate Trump,” said Deeley, who is a Democrat but whose role demands impartiality. “But it’s certainly different when it’s the president saying it,” she adds.

Deeley insists that everything will be done to ensure the vote goes smoothly, as did the local prosecutor who announced Wednesday that he would deploy investigators from his office to avoid any attempts at intimidation.

“We’re Philadelphia: we’re the birthplace of democracy,” she said, referring to the signing of America’s Declaration of Independence there.

“We’re going to do everything we can to keep this democracy thriving.”

World’s largest plane poised to take off in coming months

Exclusive: U.S. firms may get nod to restart Huawei sales in... 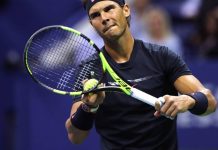