India’s Supreme Court has temporarily banned the sale and distribution of firecrackers in the federal capital New Delhi ahead of Diwali, the Hindu festival of lights, in a bid to control escalating air pollution.

The court ruled on Monday that the ban would last till Nov 1, 13 days after Diwali.

But it declared that those who had already bought firecrackers would be allowed to set them off.

The order came in response to several petitions, including one by children, demanding a ban on polluting firecrackers which last year saw Delhi’s air reaching hazardous levels and the closure of all city schools for three days.

Around 50,000 tons of crackers are let off every year in Delhi on and around Diwali to celebrate the victory of good over evil.

Critics say the tradition has exacerbated Delhi’s existing pollution levels, among the world’s highest. Delhi tops the list of 20 most polluted cities in the country, and 1.2 million people die each year due to air pollution, according to a recent report by Greenpeace India.

Pollution levels in the city recently reached their worst level in nearly two decades, almost 15 times over the permissible limit, according to official estimates.

The situation is aggravated further by smoke emanating from thousands of farmers burning unwanted vegetation on their farms in neighboring Haryana and Punjab states, ahead of planting their winter wheat crop.

Doctors in Delhi said spending a day outdoors in the city is akin to smoking a packet and a half of cigarettes and warn that if these conditions persisted, the atmosphere could turn carcinogenic. 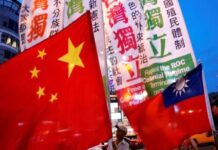 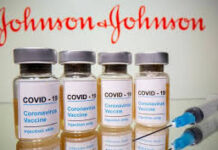 Johnson & Johnson applies to WHO for emergency use listing of...