As Wall Street worries about someday going up against the “Bank of Amazon,” recent moves by the online shopping Goliath indicate it’s already going in that direction overseas.

In places like India and Mexico, Amazon.com Inc is offering unique payments services and actively approaching finance-technology startups for investments and acquisitions, according to a research report by CB Insights set to publish Jan 25. In India, Amazon has a doorstep cash-pickup service that lets customers load money into a digital wallet. It has also acquired or invested in several startups there, including Emvantage Payments and BankBazaar. In Mexico, Amazon has a cash payment service meant to be an alternative to a credit or debit card.

The finance industry is fixated on the idea of Amazon and other technology companies wading into their territory. Keith Noreika, who was acting head of the US regulator for national banks last year, said in November that it’s time to take another look at the separation between commerce and banking. Almost half of banks and credit unions consider large tech companies to be a “significant threat,” according to an Infosys Finacle survey of 300 bankers. Amazon declined to comment.

“Amazon, Google and Facebook own two critically important items when it comes to being successful at consumer payments and loans: 1) the data and 2) the relationship with the customer,” said Brendan Wallace, co-founder and managing partner of Fifth Wall Ventures. “It’s inevitable that they will move deeper into finance to capitalize on this advantage.” -Bloomberg. 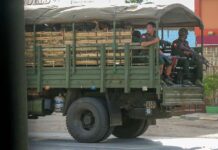