SRINAGAR (Reuters) – Indian authorities reimposed some restrictions in parts of Kashmir on Sunday ahead of the Muslim festival Eid, amid fears that large gatherings could trigger renewed protests against Delhi’s withdrawal of special rights for the region.

Seeking to tighten its grip on the region also claimed by neighbouring Pakistan, India scrapped Jammu and Kashmir’s right to frame its own laws and allowed non-residents to buy property there.

On Friday, restrictions on movement in some parts of the Himalayan region’s main city of Srinagar were relaxed, with people pouring out on to the streets to stock up on provisions.

But protests erupted after Friday prayers, with pro-independence youth demonstrating before being repelled by tear gas and pellets, according to police sources, witnesses and footage shown by international broadcasters.

On Sunday, a Reuters reporter saw a police van driving around one part of Srinagar announcing that restrictions had been imposed again and asking people to stay indoors.

Police checkpoints were also placed on some roads leading to the old quarter of the city, a traditional hotbed of protests, and some streets in central Srinagar.

Officials were debating how to handle Monday’s Eid-al-Adha festival, one of the two most important festivals of the Islamic calendar, which typically sees several thousands throng major mosques in Srinagar.

Indian officials will hold a video-conference with senior police and administration officials from all 10 districts in the disputed Kashmir valley on Sunday evening to decide on restrictions, two senior state government officials told Reuters.

“We will make an assessment of the situation today,” one official said, requesting anonymity because he is not authorised to speak to the media. “I do not think we will allow large gatherings.”

India’s Home Ministry did not immediately respond to a request for comment on the latest restrictions in Kashmir.

Leaders in Kashmir had warned of a backlash against the stripping of autonomy in a territory where militants have been fighting Indian rule for nearly 30 years, leading to the deaths of more than 50,000 people.

Reuters reported at least 10,000 people were involved in Friday’s protest in Srinagar’s Soura area, based on an estimate provided by a police source and backed up by two eyewitnesses. Another official source on Saturday gave Reuters the same estimate.

Dilbag Singh, the Jammu and Kashmir director general of police, told Reuters on Sunday that between 1,000 and 1,500 people were returning from praying at mosques on Friday when “some miscreants” started pelting stones at security officials.

“It was a reaction to stone pelting by these miscreants that one or two rounds of pump action gun was fired,” Singh said, adding that four to five men suffered injuries.

Authorities had detained around 300 local leaders in total and some of them had been taken out of Kashmir, he said.

Pakistan has downgraded diplomatic ties with India and suspended trade in anger at Delhi’s latest move.

“Attempt is to change demography of Kashmir through ethnic cleansing. Question is: Will the world watch & appease as they did Hitler at Munich?” Khan tweeted.

“Threat to democratic world is from Pak-sponsored Jehadi terror, not from India,” Madhav tweeted.

Pakistan said on Saturday that it had gained China’s support to take a motion to the United Nations Security Council condemning the Indian decision to change the status of Jammu and Kashmir.

Islamabad has not received much support from other major nations, however, suggesting its odds of success at the U.N. were slim.

India’s BJP has long campaigned for abrogating Kashmir’s special privileges in the constitution, which it sees as an appeasement to Muslims and a hindrance to its own development.

The BJP and even some top opposition leaders have welcomed the decision to absorb Kashmir fully into India, and it has brought Modi support across the country.

Blocked off from the world and largely unable to work or socialize, many Kashmiris were sombre ahead of Monday’s festival. Some said they would not partake in the ritual sacrificing of sheep.

“What kind of Eid is this?” said one elderly man walking down a street in downtown Srinagar’s Jamia Masjid area. “We cannot reach our loves ones, we cannot visit our relatives’ homes, then what are we celebrating?” he said, declining to be named. 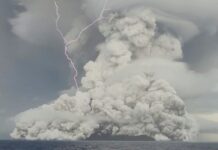