The India-US relationship is going to get stronger and better under the Trump administration in a wide range of areas, including regional security issues, trade and economy, terrorism, a senior White House official has said. “India is a natural ally of the United States, because of the shared commitment to democracy and to counter-terrorism, and because the region is so vital to the US security,” Raj Shah, the White House Principal Deputy Press Secretary, told a group of Indian reporters yesterday.

Shah’s comments came hours after Prime Minister Narendra Modi and US President Donald Trump held their second bilateral meeting in Manila on the sidelines of the ASEAN Summit. The two countries are going to have a “strong relationship and it’s going to get stronger” under this president, he said. Shah, the highest-ranking Indian-American ever in the White House press wing said that US-India relationship should stand on its own leg and “not be contingent” on any other relationship.

There are a lot more in common between India and the US than that between US and China, he said. “The relationship with Modi is his relationship with Modi. He likes (him). You know he talks about other leaders too… The way in which he talks about a few other leaders that he just likes and gets along with, Modi is one of them,” he added. Modi and Trump met for the first time in June, but they have spoken on several occasions after Trump was elected as the US President last year. “They just get along,” he said.

“I think, he (Trump) was impressed with Prime Minister Modi and you know I can’t speak too much further than that, but you have a situation where they like each other. The fundamentals of the relationship are set for a kind of a rising tide rising between the two countries,” he said. Describing the June meeting between Modi and Trump as a “really big step,” the Principal Deputy Press Secretary said the relationship between the two largest democracies of the world is expanding in a wide range of areas, including regional security issues, trade and economy in addition to areas like terrorism.

“I think it’s moved from security issues now toward economic issues in many ways…trade and energy exports, which have expanded to India in recent months actually, and a lot of regional security issues not just kind of global terrorism. There’s democracy promotion in the area,” he said. “This among other things also includes helping countries and in that region fighting terrorism. For instance, India is helping Philippines in some of the counter-terrorism issues,” he added.

“So, this relationship has great deal of potential and we are very excited about it,” Shah said. Responding to a question on President Trump’s recent visit to China, Shah said some of the comments that got attention over the past couple of days that he made in China are not actually inconsistent with anything that he said in the past which is that when the US has a large bilateral trade deficit with any country it’s not that countries fault for pursuing exports to the United States, it’s American negotiators fault.

“It’s our either poor negotiations or misplaced priorities that have led to these policies and it’s been a problem for administrations from both parties for decades. And so we didn’t get here overnight and are going to solve it overnight,” Shah said. “But to say that the Chinese alone are responsible for several hundred-billion-dollar trade deficit I think is not fully capturing everything that’s going on this issue over many years,” he said.

He refuted apprehensions in some quarters in India about US-China relationship and its impact on India. “India is a natural ally of the US because of the shared commitment to democracy and to counter-terrorism, and because the region is so vital to US security,” he said adding that US-India relationship should stand on its own leg and “not be contingent” on any other relationship.

“Obviously, other interests are going to play a role. But, the US and India are going to have a strong relationship and it’s going to get stronger under this president. And looking at it going forward there are so many issues that China, Pakistan other countries have a marginal role… it’s really between the United States and India,” he said.

Very optimistic about the cooperation that can happen between the United States and India, Shah said, when it comes to South Asia US has the most common interests with India. “They have a leading role to play. The expectation from the world community is that they will play a leading role in securing that part of the world,” he said. 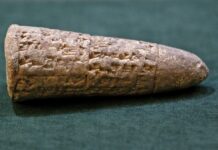