Draupadi Murmu, 64, a veteran politician who has held senior posts in the eastern state of Odisha, is almost certain to be elected as Modi’s ruling Bharatiya Janata Party (BJP) holds a majority in parliament and is likely to get the support of other parties in state assemblies, said political analysts.

Lawmakers will vote for India’s largely ceremonial president in July.

Born into a family of the Santhal tribe, Murmu started her career as a school teacher and actively participated in tribal rights issues. She later joined mainstream politics and served as a lawmaker and governor of the eastern state of Jharkhand.

Murmu “devoted her life to serving society and empowering the poor, downtrodden as well as the marginalised,” Modi said in a tweet late last night after her name was announced as a candidate.

“I am confident she will be a great president of our nation,” Modi said.

If elected, Murmu will become the first tribal president and the second-ever female president.

Indian opposition parties said they would back Yashwant Sinha, a former BJP federal finance minister before he turned rebel, as their candidate for the presidential election.

The Indian Constitution provides a largely ceremonial role for the president, with the prime minister and his cabinet holding executive powers.

But the president has a key role during political crises, such as when a general election is inconclusive, by deciding which party is in the best position to form a federal government. 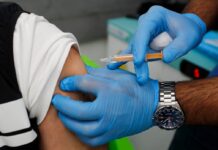