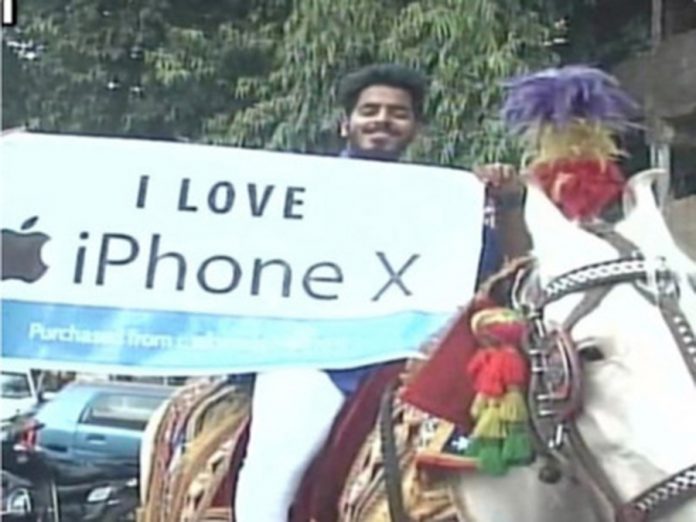 One of the most anticipated phones of the year, the iPhone X, is now available in stores in India. But the supplies are low and the demand high. So the iPhone X craze is also gripping the iPhone fans. Many of these people have queued up outside stores, many tried to pay extra to get the iPhone X on the launch day. But the one man seemingly outdid all of them. Mahesh Pallival, a Mumbai, first ensured that he will get the phone on the launch day by pre-booking it and then went to the store to pick up his iPhone X riding a horse, with a band accompanying him and playing their drums.

One person in the band held a placard that read, “I love iPhone X” while Pallival on his horse marched towards the Apple store. It was like a marriage procession, with Pallival riding on his horse like a groom.

Pallival, who’s a resident of Thane, came riding a horse with a procession and a band party to receive his iPhone X at 6:30PM at Thane’s Hariniwas circle. If that wasn’t enough, he even received his brand new iPhone X sitting on the horse by the hands of the store’s owner Ashish Thakker. The route, although an unconventional one, was Pallival’s attempt at standing out from the crowd as well as a sign of his excitement of finally owning the iPhone X, an iPhone that starts at Rs 89,000 and goes all the way up to Rs 102,000.

The tenth anniversary iPhone, the iPhone X is the biggest update to Apple’s beloved smartphone since the introduction of the original iPhone in 2007 – with a striking bezel-less design, future forward artificial intelligence features,a flowing edge-to-edge OLED display and Face ID. Apple fans all over the world are clamoring to get their hands on the device. 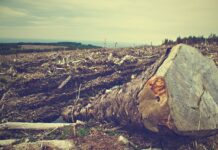 India seeks up to 500 million coronavirus vaccine doses by July