DUBAI (Reuters) – Iran successfully tested a cruise missile on Sunday during naval exercises near the Strait of Hormuz, Iran’s state media reported, at a time of heightened tensions with the United States.

Tehran has in the past threatened to block the Strait of Hormuz, a major oil shipping route at the mouth of the Gulf, in retaliation for any hostile U.S. action, including attempts to halt Iranian oil exports through sanctions.

In August, Washington said Iran had test-fired a short-range anti-ship missile in the strait during naval drills it believed were intended as a warning following President Donald Trump’s decision to reimpose sanctions on Tehran.

“On the third day of the … exercises, a Ghadir-class Iranian navy submarine successfully launched a cruise missile,” the official news agency IRNA reported.

More than 100 vessels were taking part in the ongoing three-day war games in a vast area stretching from the Strait of Hormuz to the Indian Ocean, state media reported.

Trump pulled out of an international agreement on Iran’s nuclear programme last May and reimposed sanctions on Tehran.

Iran’s expansion of its missile programme, particularly its ballistic missiles, has been met with expressions of concern by the United States and European countries. Tehran says the programme provides deterrent capabilities and is defensive.

The USS John C. Stennis entered the Gulf in December, ending a long absence of U.S. aircraft carriers in the waterway.

Western experts say Iran often exaggerates its weapons capabilities, although there are concerns about its long-range ballistic missiles.

Disappointed Venezuelans lose patience with Guaido as Maduro hangs on 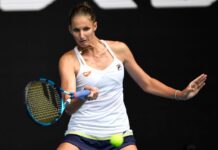 Pliskova points to ring rust as Czech exits in third round 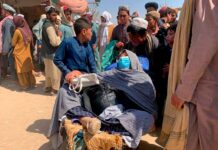