TOKYO: Japan plans to ban government purchases of equipment from China’s Huawei Technologies Co Ltd and ZTE Corp to beef up its defences against intelligence leaks and cyber attacks, according to sources.

The Yomiuri newspaper, which first reported the news earlier on Dec 7, said the government was expected to revise its internal rules on procurement as early as Dec 10.

The government does not plan to specifically name Huawei and ZTE in the revision, but will put in place measures aimed at strengthening security that apply to the companies, a person with direct knowledge and a person briefed on the matter said.

The move follows a decision by the United States this year to ban government purchases of Huawei gear.

US intelligence agencies allege Huawei is linked to China’s government and that its equipment could contain “backdoors” for use by spies, although no evidence has been produced publicly and the firm has denied the claims.

Australia and New Zealand have already blocked Huawei from building 5G networks. Britain’s BT Group said on Wednesday it was removing Huawei’s equipment from the core of its existing 3G and 4G mobile operations and would not use the company in central parts of the next network.

Japan’s chief government spokesman, Yoshihide Suga, declined to comment. But he noted that the country has been in close communication with the United States on a wide range of areas, including cybersecurity.

“Cybersecurity is becoming an important issue in Japan,” he told a regular news conference. “We’ll take firm measures looking at it from a variety of perspectives.” – Reuters

China asks US to ‘meet halfway’ after Trump threatens to cut... 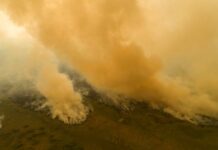 Brazil sees most June fires in Amazon rainforest since 2007

Defending champion Djokovic into quarter-finals at a canter