The pair posed for cameras and showed off some dance moves at a screening in Beverly Hills hosted by the Academy of Motion Picture Arts and Sciences.

“The idea that they’re honouring our movie, and that it’s meant so much to the history of film, nothing’s quite like it,” Travolta said.

The movie was adapted from a Broadway musical and featured a soundtrack of hits including “Summer Nights” and “Hopelessly Devoted to You.” 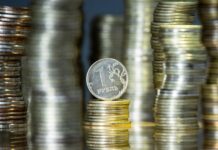 The latest on global search for coronavirus vaccine: First US candidate...

﻿Emperor Naruhito ascends throne in Japan with ‘sense of solemnity’