According to Rudra Prasad Gautam, division chief of the Urban Development Division of LMC, these lights are equipped with sensors that sense the traffic volume and activity in the area and dim or brighten as needed. They also detect sunlight and turn off automatically in the morning.

“However, regardless of how dim they get, they will always be bright enough to illuminate people’s faces and vehicles’ number plates. We have designed them with CCTV cameras in mind and there will always be sufficient light for the cameras to record details,” Maharjan added.

Gautam shared that the lights were powered by electricity and that the city would bear the costs. “We will pay the electricity bills every month,” he said, adding, “The city will also regularly inspect and maintain the lights so that they are in optimum working order.”

As to why electricity and not solar, Mayor Maharjan said that solar lamps were unreliable. “They have a short lifespan and, taking advantage of the fact that we don’t have technicians to verify, the contractors put in low-quality batteries.”

LMC collaborated with Kulman Ghising, former managing director of Nepal Electricity Authority (NEA), for the planning and designing of the smart light project. The smart lights have been installed at a total cost of Rs. 52 million.

The metro now plans to install similar smart lights in Bungamati and Khokana and on the Koteshwor to Kalanki section of the Ring Road. While till now Lalitpur has managed resources for the project on its own, it would like the federal government to help set up the lights along the Ring Road.

“We have drafted a memorandum of understanding (MoU) to conclude a tripartite agreement between LMC, the federal government and the NEA to install smart street lamps on the Ring Road and forwarded it to the government,” Maharjan said, adding, “In the MoU, we have mentioned that we will clean the Koteshwor-Kalanki section every day with our broomer vehicles and maintain greenery. The Government of Nepal need only cover the initial cost of the lamp installation.”

Maharjan told The Rising Nepal that they were waiting for the government’s response to that MoU draft.

In the meantime, Maharjan claimed that the Department of Roads had pledged to provide Rs. 30 million to the metropolis and they would begin work using that money.

The smart street light is the first project of its kind in the country and several other local levels including Siddharthanagar Municipality, Tansen Municipality, Lumbini Cultural Municipality and Kathmandu Metropolitan City are working to replicate it in their areas, Maharjan said.

In addition to street lights, the city has also been constructing disabled-friendly footpaths, cycle lanes, parks and restoring ponds under its smart city campaign.

“There is no universal definition of ‘smart city.’ For us, a smart city is a city that is comfortable to live in and that is what we are working towards,” Maharjan said. 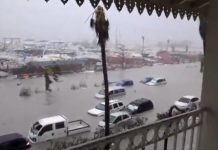 U.S. military likely to ramp up operations against Taliban – U.S....