Fruit juice could be even worse for the health than drinking cola and lemonade, US research suggests. The study of 13,000 adults found that a 12 oz glass of juice a day could increase the risk of early death by almost a quarter.

Experts said the fructose content of such drinks could be driving up insulin resistance and stimulating hormones that promotes fat deposition around the waist. Both can lead to a greater chance of heart disease and diabetes.

The new research, published in the Journal of the American Medical Association (JAMA), compared, for the first time, 100 per cent fruit juices with sugar-sweetened beverages such as cola and lemonade.

It found that higher death rates were associated with consumption of all sugary drinks.

A daily 12 oz (340ml) glass of a sugar-sweetened drink such as cola was linked to a 6 per cent increased risk of early death over the six year study.

And drinking an extra fruit juice of the same volume was linked to a 24 per cent rise in premature mortality.

Researchers from Emory University in Atlanta and Cornell University in New York, said the impact did not seem to stem just from the impact of the drinks on obesity, as the findings were adjusted to take account of this.

However, the study was observational, so it could not demonstrate that the drinks caused the increased health risks.

During an average follow-up of six years, there were 1,000 deaths from any cause. Participants had an average age of 64 at the start of the study.

They said many people drank too many juices and smoothies, disregarding their high sugar content, when they would be better eating pieces of fruit, which are more filling.

The NHS recommends a maximum of one portion of 150 ml of fruit juice daily, as part of “5 a day”.

Typically, people in the study got 8.4 per cent of their calorie intake each day from sugar-sweetened drinks and 4 per cent from 100 per cent fruit juice.

Dr Gunter Kuhnle, associate professor in nutrition and health at the University of Reading, said: “This is a very important study, especially as fruit juices are often seen as a ‘healthy’ alternative to sugar-sweetened beverages, even though they often contain much more sugar (especially smoothies).

“Fruit juices are a poor replacement for actual fruit consumption, in particular as they can be much more easily over-consumed,” he said.

“In the UK, the general recommendation is that a 150ml glass of fruit juice can provide one of the five-a-day, but not more.

“This is less than half of the amount found in this study to result in a modest increase in mortality, so there is no suggestion from this study that one glass a day is problematic,” he said.

“Current advice is to swap sugary drinks for water, lower fat milks and lower sugar or diet drinks.  While fruit and vegetable juices can contribute to one of your 5 A Day, it’s important to limit juice and smoothies to a total of 150 mls each day as they can still contain high amounts of sugar.” 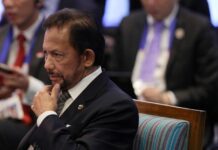