Veteran singer Lata Mangeshkar died in Mumbai on Sunday at the age of 92. Called Swar Kokila by her legion of fans, Mangeshkar’s death brings down the curtain on an era in the Indian film industry.

Legendary singer Lata Mangeshkar passed away in Mumbai on Sunday at the age of 92. The versatile singer, christened the Nightingale of India, had lent her voice to thousands of songs in 36 languages in a career spanning almost eight decades.

Breach Candy hospital medical director said that Mangeshkar passed away at 8.12 am. “She came here as a Covid patient and age was against her. We tried our level best to save the legend. But she had complications,” he said. Mangeshkar had been diagnosed with Covid-19 and pneumonia earlier.

Lata Mangeshkar will be given a state funeral. The public darshan will be held in Shivaji Park in Mumbai and the BMC has been told to make arrangements.

On Saturday, Dr Pratit Samdhani of Breach Candy hospital, who was treating had performed certain procedures and said that she was tolerating them well, but later her condition deteriorated.

Mangeshkar had lung ailments two and a half years ago and was treated for them. She used oxygen often at home too.

Born on September 28, 1929 in Madhya Pradesh, Lata Mangeshkar had music in her genes. Her father Pandit Deenanath Mangeshkar was a Marathi musician and a theatre actor. During her lifetime, Mangeshkar worked with music greats from various generations as she delivered iconic numbers that remain relevant to this day. Known for her versatility, Mangeshkar dabbled in other film industries as well.

After Lata Mangeshkar moved to Mumbai, she was mentored by Master Vinayak, a filmmaker of the 1930s and Ghulam Haider. She went on to nurture a special relationship with composer Madan Mohan, with whom she delivered some of her most memorable songs. “I shared a special relationship with Madan Mohan, which was much more than what a singer and a music composer share. This was a relationship of a brother and a sister,” she said later, calling “Woh chup rahe” from Jahan Ara as their favourite collaboration.

She had a similar relationship with Yash Chopra, and their collaboration yielded such hits as Dhool Ka Phool, Kabhi Kabhie, Silsila and Dil Toh Pagal Hai. She also worked with Chopra’s son, Aditya, on Dilwale Dulhaniya Le Jaayenge. Perhaps, Dilip Kumar, whom she addresses as her older brother, said it best when he remarked, “None have been able to equal Lata’s refinement. It is very difficult for anyone to compete with her because she has invested so heavily in every person who cares for music – there’s such a lot of Lata Mangeshkar in everyone.”

Mangeshkar was conferred with three National Awards, and was awarded the Dadasaheb Phalke Award in 1989. In 2001, she was awarded the Bharat Ratna for her contribution to the arts, thereby becoming the second vocalist to receive this honour apart from late Carnatic music giant M S Subbulakshmi. She was also honoured with the Padma Vibhushan and Padma Bhushan.

Apart from lending her voice to several popular tracks, Lata Mangeshkar has also been credited as a music director. She composed music for Mohityanchi Manjula (1963), Maratha Tituka Melvava (1964), Sadhi Manase (1965) and Tambadi Mati (1969).

Mangeshkar has also produced a handful of films such as Vaadal, Jhaanjhar, Kanchan Ganga and Lekin. 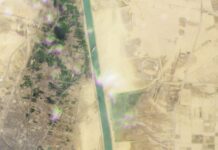