MONTEVIDEO: Latin America saw its coronavirus cases pass 300,000 on Thursday as the region’s death toll topped 16,000, according to an AFP count.

The crisis appears to have been most lethal in Mexico with 2,700 deaths among just 27,600 cases, although that may be due in part to low testing levels.

While Peru and Chile have tested 13,000 and 12,000 people respectively per one million population, according to Worldometers, Mexico’s figure stands at just over 800.

Measured as a proportion of the population, Ecuador is by far the worst affected with 92 deaths per million, twice that of second place Peru.

The situation in Brazil is particularly worrying as it shares a border with 10 countries and territories. President Jair Bolsonaro has added to those fears by downplaying the scale of the coronavirus pandemic.

He has attended protests against confinement and social distancing measures, effectively encouraging his supporters to disobey state lockdown orders.

The Pan-American Health Organization has advised countries in the region to remain “cautious” and warned that transmission rates in Brazil, Ecuador, Peru, Chile and Mexico are “still very high.”

The peak of the outbreak is expected to be reached in the coming days in some countries. 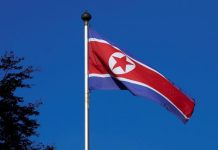