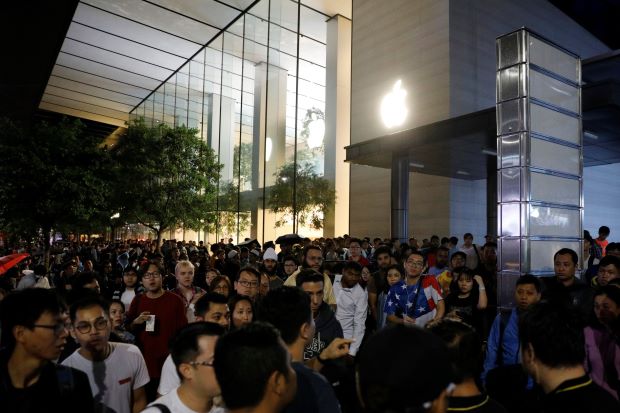 Long lines formed outside Apple Inc stores around the world, a sign of strong demand from consumers waiting for the company’s 10th anniversary iPhone X.

Beginning Thursday night locally, crowds surrounded Apple’s retail stores in Singapore, Japan, and Australia, recalling the throngs that formed on the first day of iPhone sales on June 29, 2007. One big difference is the price: the iPhone X starts at US$999 double the US$499 entry-level price of the first version.

Videos and photos published on Twitter showed security guards sectioning off those waiting in line outside Apple’s Orchard Road store in Singapore. In Sydney, fans set up lawn chairs while others sold their spots in line just hours before the phone was scheduled to go on sale in the region. Lines outside Tokyo’s Ginza Apple Store snaked down more than two blocks.

Apple is known for creating hype around each new iPhone launch. But in recent years, online pre-orders and other buying options reduced store lines. This year, Apple has marketed the iPhone X heavily, and new features like facial recognition and the edge-to-edge screen are stoking demand.

Concern about limited initial supplies of the phone may also have drawn shoppers to Apple stores on launch day. In an announcement last month, Apple encouraged those without reservations to “arrive early,” an indication of its anticipated crowds. Chief executive officer Tim Cook said Thursday that demand for the iPhone X was “very, very strong,” without being more specific.

In the past few weeks, Apple started video advertisements, put posters on the walls of its retail store chain, and has replaced its web homepage with pictures of the sleek, new device.

The Cupertino, California, technology giant introduced the iPhone X in September, nearly two months before the release. That’s the longest period of time between a new iPhone’s introduction and its sale date since the six-month waiting period between the original iPhone’s debut and launch date in 2007. 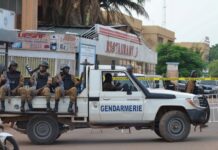 At least 138 killed in deadliest Burkina Faso attacks since 2015

Over dozen Chinese researchers in US university told to leave