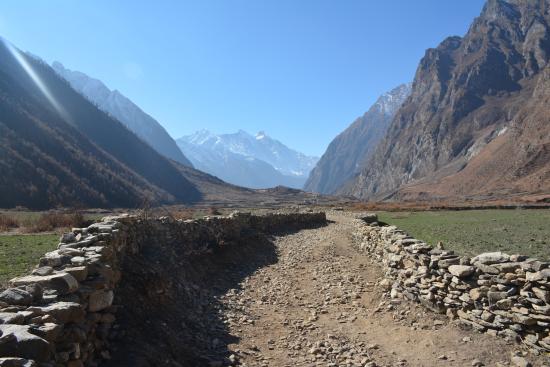 The Manaslu Conservation Area was closed for foreign trekkers until 1991, with the exception of climbing expeditions, such as the Japanese expedition which managed to summit its peak in 1956. The mountain’s name comes from the Sanskrit word manasa, meaning “wisdom” or “soul”, which leads to the most common translation of the name as “The Mountain of the Spirit”.

The Manaslu (8163m) trek over the Larky Pass is one of Nepal’s best kept secrets, following remote trails which are little touched by the modern world and which see relatively few visitors throughout the year. It offers beautiful views of the Himalayan range, with the magnificent Manaslu, the eighth highest mountain in the world, almost in the palm of your hand.

The trek begins in a small village called Soti on the banks of the river Budhi Gandhaki and continues, following the river upstream, through small villages and settlements of different Himalayan ethnic groups, from Brahmin, Chhetri, Tamang, Magar, Tibetan and Gurung. Just as diverse as the ethnic population, so too the scenery varies from the lush, low elevation valleys growing rice and bananas, inhabited predominantly by the Hindu ethnic groups of Indo-Aryan origin, through lush rhododendron and bamboo forests, where you begin to encounter communities of Tibeto-Burmese origin who practise Hinduism, Buddhism or a mixture of both with ancient Shaman practices still remaining alive. Heading northwards from the starting point, the Budhi Gandhaki valley opens up to reveal delightful alpine meadows, walks through lush rhododendron and bamboo jungle and small, typical Tibetan villages in the Nubri valley, which cluster beneath Manaslu’s sweeping North Face. From Lokpa we divert towards the Tibetan Highlands to The Tsum Valley.

Tsum valley, unknown and undiscovered to everybody was a restricted area until 2008 when it opened for foreign trekkers. The valley is drained by the Shear Khola, which originates from the western glacier of Ganesh Himal and east and southern glaciers of Sringi Himal and meets the Budhi Gandaki at Nyak. It is beautiful yet untouched and uniquely rich in wildlife, especially the Himalayan Thar and Blue Sheep which congregates in herds of 50 to 200. Hunting, fishing is not permitted in the Tsum Valley. The valley also boasts some unique and historic monasteries, including Rachen Gumba and Mu Gumba, which lie on a pretty plateau nestled in the lap of the valley, and Gumba Lungdang, situated at the base of a conical hill against the main slope of Ganesh Himal, Sringi Himal and Boudha ranges.Trails are strewn with artistic chortens and lined with mani walls made of thousands of stone slabs carved with drawings of deities and inscribed with prayers. The famous Kyimu Lung, a pilgrimage circuit in the central Trans-Himalaya, is well known for its center of learning and meditation. This circuit traverses the Tsum Valley the Manaslu area in Nepal, and southern parts of Tibet.

The Tsum Valley has long history of Buddhism. The Buddhist saint Milarapa is believed to have meditated in the caves of these mountains. Traditionally, the valley was a culturally distinct geographical called Tsum Tso Chuksum, which means thirteen provinces ruled as a single territory. The ancient remains of the Tsum Kingdom are still visible today. Due to its remoteness and inaccessibility, this sacred valley and its people have been bypassed by mainstream development for centuries. As a result, the unique culture of this valley has remained intact.

The people of this area are Buddhist and still practice polyandry system and have unique culture, tradition and their own dialect. Many Tsumbas (Resident of Tsum Valley) report that they have seen or found the signs of Mehti, commonly referred as the ‘Yeti’ or ‘Abominable Snowman’.

The region shelters endangered animals such as snow leopard, red pandas and blue sheep – especially in the northern reaches as Buddhist Tibetans prohibit the killing of animals.
From Tsum Valley we retrace our path back to Lokpa where we join the main Manaslu circuit trail. After a few days walk, the trail reaches Samagaon, the largest and most important village in the region. We have an extra day here for an excursion to the Manaslu Base Camp. Then we head west and cross the Larky La Pass at 5100m, one of the most dramatic pass crossings in the Himalayas. We walk along a classic but tough trail linking the Buri Gandaki with the Marsyangdi valley, where we reach the old salt routes, which still operate as main trading routes between the Tibetan plateau and little settlements on Nepal’s side of the great mountain range. From the pass we can see on the eastern side glances of Ganesh Himal, the mountain named after the elephant-headed Hindu God of Good Fortune, Ganesha, also worshipped as the ‘Dispeller of Obstacles’. The peaks of the Ganesh Range – Yangra/Ganesh I, Ganesh Northwest/Ganesh II, Salasungo/Ganesh III and Pabil/Ganesh IV, form a stunning subsection of the Great Himalayan Trail and the name comes from a ridge on the south face of Ganesh IV, which is reminiscent of an elephant’s trunk.

The descent from Larky La passes through beautiful alpine meadows at Bimtang, before joining the main Annapurna Circuit route and heading to the trailhead at Besi Sehar. 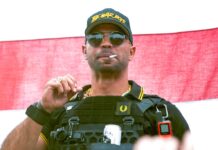