KARACHI (Reuters) – Markets across Pakistan were teeming on Monday after opening up for the first time in over a month as the country began to lift its lockdown despite a rise in the rate of coronavirus infections.

Pakistan announced last week that it would begin a phased lifting of its lockdown because of the effect it was having on the economy and an impoverished workforce.

Public transport remains shut, but factories and offices have been allowed to resume operations. Restrictions on mosque attendance had already been lifted before last week’s announcement.

“We opened today after almost two months; I am almost bankrupt and owe workers their salaries,” said Muhammad Sattar, a garment shop owner in one of the busiest commercial areas of Karachi, Pakistan’s largest city and financial capital.

Areas around wholesale markets in Karachi saw heavy traffic jams, and there were also big crowds in the commercial centres of the provincial capitals of Lahore and Quetta.

However, there are signs that Pakistan’s outbreak is accelerating. Of its 667 deaths from the coronavirus, around 200 have been registered over the past week, and there are almost 31,000 confirmed infections.

Prime Minister Imran Khan justified easing the lockdown by saying: “We know we’re doing it at a time when our (infection) curve is going up … but it is not increasing (as fast) as we were expecting.”

But he said the virus could run out of control if people did not take precautions.

Faisal Subzwari, a leader of a political party allied with Khan, tweeted his frustration with many citizens:

“If 99%, 95% of shopkeepers and buyers are not wearing masks, what’s the point of talking about other precautionary measures?”

Many doctors have said they fear the outbreak will gather pace among a population of more than 200 million and overwhelm the struggling health system.

Markets were also packed in Peshawar, the capital of Khyber-Pakhtunkhwa province, which has registered 245 dead and has the highest mortality rate in the country.

“I opened my shop for the first time today after locking it on March 24,” said Ghousul Azam, adding that he had a family to support. “Better to die of coronavirus, because I can’t survive sitting at home.”

Schools and large shopping malls remain shut for now, and markets will initially be allowed to operate only until 5 p.m.

But with the Muslim holiday of Eid coming in two weeks, crowds are likely to increase.

‘NEITHER HERE NOR THERE’

Pakistan’s parliament also met on Monday for the first time in nearly two months, with the government’s handling of the outbreak coming in for scathing criticism from the opposition.

Khan was not present at the session, where parliamentarians were seated at a distance from one another and almost all wore face masks.

Another opposition leader, Khawaja Asif, said the decision to impose a lockdown and to then lift it before infections peaked was “neither here nor there”.

Minister Murad Saeed defended the government’s decisions and claimed Pakistan’s model was being quoted and followed by the richest countries in the world, including New York in the United States and the United Kingdom. 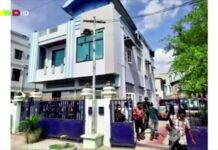 Myanmar anti-junta militia vow to take on army in a major... 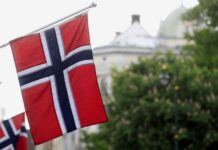 Norway may allow U.S. military to build on its soil in... 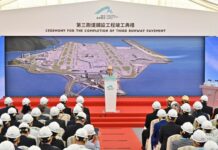