NEW YORK: Daniil Medvedev continued his march towards a first Grand Slam title on Wednesday, powering into the US Open semifinals with a clinical 7-6 (7-6), 6-3, 7-6 (7-5) victory over childhood friend Andrey Rublev.

The first Russian duo in the quarterfinals at a Grand Slam since Igor Andreev and Nikolay Davydenko at Roland Garros in 2007, Medvedev showed no fear during a ruthless display that sent him through to the last four without losing a set.

No player in the Open Era has won the US Open men’s title without dropping a set.

With Roger Federer and Rafa Nadal missing, and top seed Novak Djokovic having been disqualified for hitting a line judge with a ball, Medvedev showed why he is now the bookmakers’ favourite to win in New York.

The third seed never gave Rublev a break chance in the entire match while hammering down 16 aces.

“I felt like I could get in trouble so I was very happy with the win,” said Medvedev, who called for the trainer to work on his shoulder during the match.

“One point decided two sets so it was a tough match.”

Having competed against each other since they were young kids the practice partners knew exactly what to expect and a grinding 63-minute opening set offered no surprises or breaks.

Rublev, who had never taken a set off Medvedev in three career meetings, looked poised to end that run when he went 6-3 up in the tiebreak but the 10th seed was unable to close the deal as Medvedev swept five straight points.

“There is more chance you lose a set down 5-1 than win it,” said Medvedev.

“Usually he is very aggressive but today he was trying to put the ball in the court more so I tried to be more aggressive and really go for it even in the third set tiebreaker and it worked out for me.”

The collapse sent the volatile Rublev into a rage, smashing his racket, throwing towels and yelling at his coach and the 22-year-old never recovered.

Medvedev maintained pressure in the second, registering the only break of the match to nose in front 4-2 on way to a commanding 2-0 advantage.

Rublev continued to battle but Medvedev gave him no openings and closed out the match 7-5 in a tiebreak. 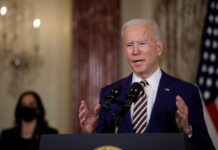