BANGKOK: The Mekong River has recently acquired an aquamarine colour that may beguile tourists but also indicates a problem caused by upstream dams, experts in Thailand say.

The river usually has a yellowish-brown shade due to the sediment it normally carries downstream. But lately it has been running clear, taking on a blue-green hue that is a reflection of the sky.

Low water levels pose an obvious problem for fishermen and farmers, but experts say the decline in sediment exposes a different danger that can result in greater erosion of the river’s banks and bed.

The experts and people living along the river blame a large hydroelectric dam upstream in Laos that began operating in October for contributing to both problems, though rainfall has also been sparse.

Around 70 million people depend on the Mekong River for water, food, commerce, irrigation and transportation.

Critics charge that large-scale development projects such as the Xayaburi dam dangerously disrupt the region’s ecology.

Less sediment means less nutrition for plants and fish in the river, threatening the ecological balance, he said.

With less sediment, the water also has more stream power, a phenomenon known as “hungry water”, said Chainarong Setthachau of the Faculty of Humanities and Social Science at Mahasarakham University in Thailand’s northeast who has studied changes in the Mekong’s ecology for the past two decades.“The current has less sediment, which unleashes energy onto the river banks downstream, ” Chainarong added.

“This so-called ‘hungry water’ will cause much more erosion to the banks, uprooting trees and damaging engineering structures in the river.” — AP 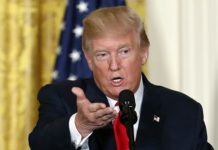