Kathmandu, June 8: The Department of Hydrology and Meteorology (DHM) Monday said that monsoon in Nepal was likely to begin a few days earlier than the normal date this time.
“We are expecting that monsoon for this season is more likely to begin from this week (before June 13) from the eastern Nepal,” meteorologist Shanti Kandel at the Meteorological Forecasting Division under the DHM, said.
Monsoon in India’s eastern states of Odisha and Assam began three days ago, and it is slowly moving towards the eastern Nepal, Kandel said. Monsoon phenomena in the several Indian regions and Nepal highly depend on Bay of Bengal’s water.
Meanwhile, the normal monsoon onset time has also been changed from this year in Nepal, she said, adding, “It should have changed every 10 years.”
A meeting with officials of DHM held this week set the new monsoon onset date for June 13. Earlier, Nepal’s monsoon onset time was June 10.
“Every 10 years, we have to change the monsoon arrival date by analysing the records of its onset and withdrawal times, but the DHM has not been doing it in time,” Kandel said.
Meanwhile, Indira Kandel, chief at the hydrology section of DHM, said Nepal has not reviewed regular monsoon onset and withdrawal time for 30 years.
“We have not been updating our monsoon arrival and withdrawal time since long, so from this year, analysing 30 years’ monsoon patterns, we have changed the date,” Kandel said.
Observation-based approach was applied while changing the date for the onset and withdrawal of monsoon. That means, we follow every year of monsoon’s pattern including its arrival and retreat time and fix new date, she clarified.
According to her, the withdrawal of the monsoon date has also been pushed back to October 2 from September 23.
Kandel said that if no any intra seasonal variability develops, the monsoon in Nepal will arrive in time this year. The DHM had already predicted above normal rainfall in the upcoming monsoon in Nepal.
Meanwhile, excessive heat has affected normal life in the Terai districts in recent days.
With the rising mercury leave and sun shine, people have started feeling uneasy.
Maximum temperature reached 37 Degree Celsius in Sarlahi Monday afternoon.
According Our Sarlahi correspondent, daily wage workers and farmers were affected the most by the rising temperature. Many people tend to sit under the trees to avoid scorching heat.
Likewise, children and grown-ups visit ponds, canals and rivers to swim on hot days.
Medics have advised locals to drink a lot of water to prevent oneself from fainting and having headache. 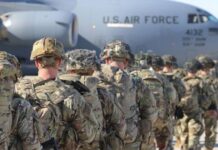