“We were expecting the rain, we put out alerts, but unfortunately this house collapsed in the Ponta Negra neighborhood. Only one of the children was saved,” Luciano Vidal, mayor of Paraty, told Reuters.

Rio de Janeiro has been hit by inclement weather over the past few weeks, with landslides and flooding killing some 240 people in roughly one month in the northern Petropolis area, authorities said on March 23.

“We have more than 70 homeless families. We are providing shelters and renting hostels for these people,” the Paraty major added.

He said mudslides blocked streets and isolated parts of the city, and entire neighborhoods were without electricity in the colonial coastal town that is a tourist attraction.

In one day, Paraty received 322 millimeter (12.68 inches) of rain, the rainfall average for six months. 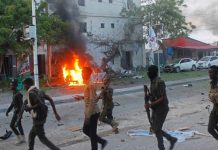 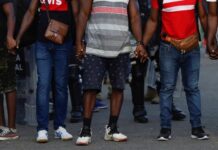 US Senate Democrats agree to US$3.5 tril reconciliation bill