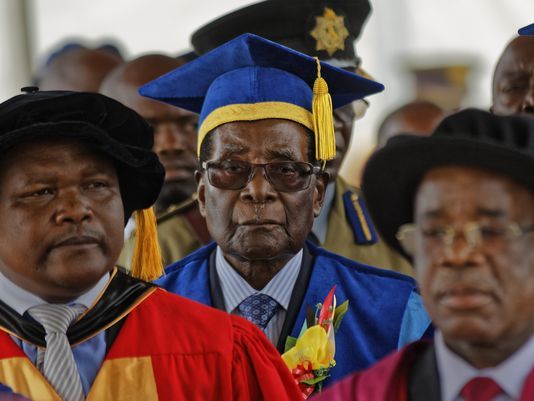 Zimbabwean President Robert Mugabe has appeared in public for the first time since the army’s takeover earlier this week.

Mugabe, who was believed to be under house arrest, attended a graduation ceremony at the Zimbabwe Open University in the capital, Harare, on Friday, where he was welcomed by a cheering crowd of supporters.

Dressed in a blue academic gown and hat, he entered the ceremony venue surrounded by security personnel, and announced the opening of the event after joining the crowd in singing the national anthem.

Mugabe’s surprise appearance came after soldiers took control of the headquarters of the state broadcaster ZBC and blocked access to government offices on Wednesday, while denying it was part of a coup against Mugabe’s government.

According to an army statement broadcast on Zimbabwe state television on Friday, military leaders were “engaging with the Commander-in-Chief President Robert Mugabe on the way forward and will advise the nation of the outcome as soon as possible”.

“Significant progress has been made in their operation to weed out criminals around President Mugabe,” the statement said, adding that the military had arrested some while others remained at large.

Those sought had been “committing crimes that were causing social and economic suffering in Zimbabwe”.

The president appeared at the university without his wife, Grace Mugabe, whose whereabouts are still unknown.

Al Jazeera’s Haru Mutasa, reporting from Harare, said Mugabe’s attendence was the army’s way of saying “this is not a coup”.

“They army says the aim of the military intervention was the arrest of criminal elements around Mugabe. It also suggests that if they have anyone in place to take over, it will probably take some time. This will not happen immediately, possible not before the ruling party’s conference in December,” Mutasa reported.

“Mugabe is a master tactician, known for his intelligence. He’s been around for this long because he knowns how to play the game and he still has support from within the ruling Zanu-PF party. Those who do still support him have much admiration for him – they see him as an African icon,” she added.

“When he does go, on whatever terms that is, it will likely be a graceful exit. His supporters would want him to go with dignity and it will be carefully managed.”

The military seeks to reinstate former Vice President Emerson Mnangagwa as first vice president and then as leader of a transitional administration.

However, it is believed that Mugabe is still resistant to demands to resign, but increasing internal calls from war veterans and the army could see Mugabe bringing Mnangagwa back into the fold and a possible end to the temporary takeover.

The army continued to patrol the streets of Harare, which was mostly calm on Friday, as local newspapers declared the Mugabe era over. “Dawn of a new era,” one said. “Mugabe remembered for brutal 37-year rule,” said another.

Chris Mutsvangwa, the leader of Zimbabwe’s influential war veterans, said on Friday that Mugabe would not be allowed remain in power.

Mutsvangwa added that the veterans saluted Zimbabwe’s military for seizing power earlier in the week. 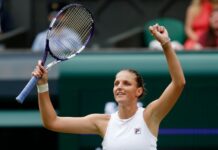 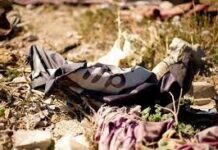