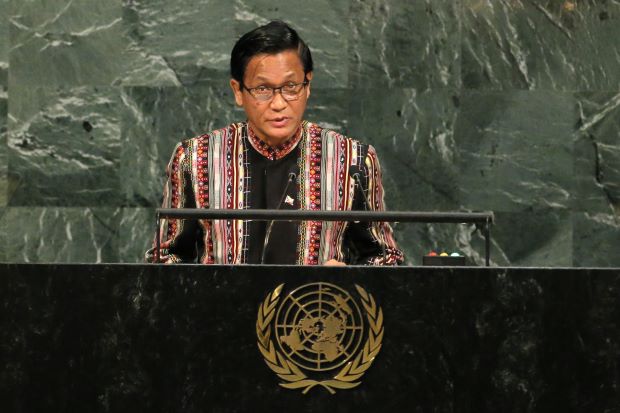 Myanmar’s vice president told the United Nations on Wednesday that security forces in his country’s Rakhine State, from which hundreds of thousands of people have recently fled, have been instructed to take “full measures” to avoid collateral damage and harming innocent civilians.

Violence in Rakhine State erupted on Aug. 25, when Rohingya militants launched deadly attacks on government outposts, provoking a fierce crackdown by the Myanmar military that has been greeted with widespread international condemnation, including at the annual U.N. General Assembly this week.

Addressing the assembly, Vice President Henry Van Thio said it was not only Rohingya Muslims who had fled, but members of other minority groups too. He said human rights violations would be dealt with “in accordance with strict norms of justice.”

At least 420,000 Rohingya Muslims have since fled into neighbouring Bangladesh to escape what a senior United Nations official has called a “textbook example of ethnic cleansing”.

Pence called the crisis a threat to the world and said U.S. President Donald Trump wanted the U.N. Security Council to take “strong and swift action” to the violence.

Van Thio said his government was “deeply concerned about the present situation in Rakhine” and said:

“The security forces have been instructed to adhere strictly to the Code of Conduct in carrying out security operations, to exercise all due restraint, and to take full measures to avoid collateral damage and the harming of innocent civilians.”

He said the government’s “deepest sympathy goes to the families of all innocent civilians and members of the police and security forces who have lost their lives.”

Van Thio said the government was concerned by reports that Muslims were continuing to cross into Bangladesh even though there had been no armed clashes since Sept. 5 and added: “We would need to find out the reason for this exodus.”

Van Thio said the government recognised the need to ensure humanitarian assistance was provided “to all those in need without discrimination.”

He said a committee had been established under the social welfare minister to implement recommendations of an advisory commission chaired by former U.N. Secretary-General Kofi Annan and the government would establish an advisory board comprised of “eminent persons” from Myanmar and abroad.

Myanmar was also working hard to enhance relations with Bangladesh and would welcome a visit by its home minister to discuss cooperation on border security, Van Thio said. 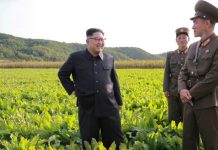 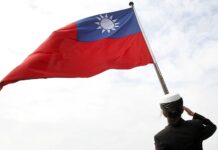