ORLANDO, Fla. (Reuters) – A NASA explorer is believed to have reached the solar system’s outermost region early Tuesday morning, flying close to a space rock 20 miles long and billions of miles from Earth on a mission to gather clues about the creation of the solar system.

The body is farther from Earth than any other that has had such a close encounter with a NASA probe, scientists believe.

The New Horizons probe was slated to reach the “third zone” in the uncharted heart of the Kuiper Belt at 12:33 a.m. Eastern. Scientists will not have confirmation of its successful arrival until the probe communicates its whereabouts through NASA’s Deep Space Network at 10:28 a.m. Eastern, about 10 hours later.

Once it enters the peripheral layer of the belt, containing icy bodies and leftover fragments from the solar system’s creation, the probe will get its first close-up glance of Ultima Thule, a cool mass shaped like a giant peanut, using seven on-board instruments.

Scientists had not discovered Ultima Thule when the probe was launched, according to NASA, making the mission unique in that respect. In 2014, astronomers found Thule using the Hubble Space Telescope and selected it for New Horizon’s extended mission in 2015.

“Anything’s possible out there in this very unknown region,” John Spencer, deputy project scientist for New Horizons, told reporters on Monday at the Johns Hopkins Applied Physics Laboratory in Maryland.

Launched in January 2006, New Horizons embarked on a 4 billion mile journey toward the solar system’s frigid edge to study the dwarf planet Pluto and its five moons.

During a 2015 fly-by, the probe found Pluto to be slightly larger than previously thought. In March, it revealed that methane-rich dunes were on the icy dwarf planet’s surface.

After trekking 1 billion miles beyond Pluto into the Kuiper Belt, New Horizons will now seek clues about the formation of the solar system and its planets.

As the probe flies 2,200 miles (3,500 km) above Thule’s surface, scientists hope it will detect the chemical composition of its atmosphere and terrain in what NASA says will be the closest observation of a body so remote.

“We are straining the capabilities of this spacecraft, and by tomorrow we’ll know how we did,” New Horizons principal investigator Alan Stern said during the news conference at the Johns Hopkins Applied Physics Laboratory in Maryland. “There are no second chances for New Horizons.”

While the mission marks the farthest close-encounter of an object within our solar system, NASA’s Voyager 1 and 2, a pair of deep space probes launched in 1977, have reached greater distances on a mission to survey extrasolar bodies. Both probes are still operational. 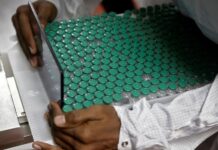 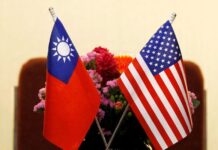 U.N. expert says some are ‘starving’ in North Korea