BRUSSELS: Ukrainian President Volodymyr Zelensky has been invited to address a special Nato summit Thursday discussing the Russian invasion of his country, an official said.

“This will be an opportunity for allied leaders to hear directly from President Zelensky about the dire situation facing the people of Ukraine because of Russia’s aggression,” the official added.

Zelensky’s spokesman Serhiy Nykyforov confirmed that the Ukraine leader would be taking part in the summit and addressing it.

Zelensky will seek help in ending the Russian invasion, Interfax-Ukraine quoted the spokesman as saying.

“This could be in several forms. Close airspace, provide Ukraine with powerful air defence systems and aviation,” he said.

“Nato allies are helping Ukraine to uphold its fundamental right to self-defence with a significant amount of critical military equipment,” the official from the military bloc said.

“At the summit, allies and Ukraine will discuss what more allies can do to strengthen our support for Ukraine.”

The summit coincides with a G7 summit and a EU summit which will also be held in Brussels. 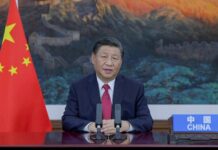