By Indira Aryal
Kathmandu, July 29: Global Tiger Day is celebrated every year on July 29 to raise awareness about the importance of the endangered big cats as well as to express solidarity in protecting them and their natural habitats.
As per the announcement made in 2010 by the International Tiger Forum in Russia, Tiger Day is celebrated for the conservation of tigers’ habitats, raising public awareness about its importance in the ecosystem, raising issues for their conservation as well as appreciating and encouraging efforts in their conservation.
This year, the day is being celebrated with a slogan “Their survival is in our hands” to give the message that the conservation of tigers is in the hands of humankinds.
“Among the 13 tiger-bearing countries, Nepal will be the first country in achieving global commitment to double the tiger population by 2022,” said Bishnu Prasad Shrestha, chief conservation officer at Bardiya National Park, one of the largest habitats of Bengal tigers in the lowland Terai.
The endangered species, Bengal tiger, also known as the Royal Bengal tiger, is the biggest in the Felidae family belonging to the Panthera genus along with the snow leopard, common leopard, lion and jaguar.
Conservation of tigers is very important for a healthy environment, healthy ecosystem and tourism development. As a natural resource, the tiger is also important as it makes a significant contribution to the ecological balance by controlling herbivores, Shrestha said.
With the conservation of important species on earth, now various challenges are appearing with the increasing population. “Human-wildlife conflict is the main challenge in regard to tiger conservation, especially in Bardiya National Park,” he said.
Other challenges include smuggling of tiger prey species, infrastructure development, habitat encroachment and frequent road accidents along the East-West Highway, as 102 kilometres stretch of the highway passes through the park. To reduce human-animal conflict and reduce the number of road accidents, the park authorities have also constructed artificial ponds in the Park area so that the wild animals do not have to cross the highway in search of water.
According to the latest census held in 2018, there are 235 breeding tigers in Nepal and the country is all set to become the first of 13 countries to double its tiger population by 2022.
According to the 2018 census, Chitwan National Park (CNP) is the largest habitat of tigers, registering 93 big cats. Bardiya is the second largest habitat of tigers, where 87 tigers were counted. Banke National Park (BANP) is home to 21 tigers, Shuklaphanta National Park (SNP) is home to 16 tigers and Parsa National Park (PNP) is the habitat of 18 tigers.
Prey depletion, habitat destruction and degradation, poaching and illegal trade, and conflict with humans threaten the survival of this species, experts said.
Hari Bhadra Acharya, Ecologist and Information Officer at the Department of National Parks and Wildlife Conservation, said that the government is, as per its international commitment, to double the tiger population by 2022. “We have 235 tigers as per the 2018 census and the commitment is to increase the population to 250 by 2022. We are nearing the achievement,” he said.
The next tiger census will be conducted in November or December this year.
With the increasing population of wild cats, there are various challenges including sufficient prey species, habitat management, and expansion of habitats, infrastructure development, roadside accidents, and a lack of resources due to the COVID-19 pandemic. “However, the government is working tirelessly in managing habitat and controlling human-wildlife conflict,” Acharya.
The government is providing compensation to the victims of wildlife. The family of the person killed in wildlife attack receives Rs. 1 million. An individual who suffers from serious injuries in a wildlife attack receives a compensation of Rs. 200,000, whereas a victim with minor injuries receives Rs. 20,000 as compensation. 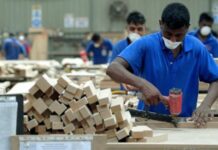 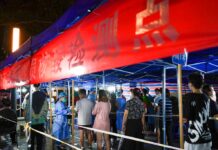