The national cricket team of Nepal  is back on the field as they gear up for the desert challenge against the United Arab Emirates.

The United Arab Emirates (UAE) will host  six matches in two formats of the game, one after another.

The series kicks off  with the One Day International(ODI) consisting of three matches, followed by Twenty20 with the same number of matches.

As you may recall, Nepal made a roaring start to the ODI series,making history. Despite losing the opener, they won the  second match to square the series. It was a historical outcome and the result of a tremendous team effort.

Nepal will require a true team performance, coupled with consistent  individual contributions to overcome the challenge against the UAE,

Sustaining  success is very important, hence,it is going to be a very big challenge for Team Nepal. The key is to not lose focus and confidence,  and it is imperative that they maintain positive momentum going into the series.

Definitely,the series  offer cricketers another testing opportunity to showcase their talents.They must step out to  prove themselves and doubters wrong.They have to play their hearts out in every match and take advantage of chance to play.

Looking at Team Nepal’s roaster, it is a blend of experience and raw talent packed with all rounders. By and large, it is an all-round side.

As always,  skipper Paras Khadka  carries a big amount of responsibilities on his shoulders. His form will be key to the team’s success.He has  to be at the top of his game and lead by example.

It is obvious that their performance will play a huge part in the  success of the team ultimately. In a nutshell, a concerted team effort is indispensable for success.

Spinner Sandeep Lamichhane is  the trump card of the Nepali squad.Since he donned the national colors,he has become the heart and soul of the team’s bowling.

The  team is pinning high hopes  on the youngster who has been  bowling outstandingly well lately. Considering his form and consistency, he is expected to deliver the goods.

If there is a  real concern, it is the batting,which has been Nepal’s biggest weakness.The batting line-up has been brittle and inconsistent  over the years.

The batting has to improve dramatically if Nepal hopes to  gain the upper hand in the series against the UAE.

The veteran duo of skipper Khadka and his deputy Gyanendra Malla batting form will be crucial  for the team.

They must show marked improvement  in their batting performance and make their presence felt.

The bowling, a combination of spin and pace, is Nepal’s strength, no doubt. Frontline bowlers Sandeep Lamichhane, Sompal Kami,Karan KC, Basant Regmi,Lalit Rajbanshi and Captain Khadka have to be at their very best to get the desired result.

The UAE does have a slight edge over Nepal because of  home advantage and their experience.

However,they are without some key players who  are serving an eight- week suspension from international cricket for violating the player’s code of conduct.

Having clashed many times on the pitch competitively in the past, both teams  are very familiar with each other.

The series is wide open, and if Nepal can put together a  solid and consistent performance, they stand a good chance of prevailing. 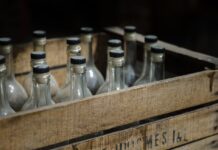 ﻿Venezuela’s Guaido says Maduro is in his final phase