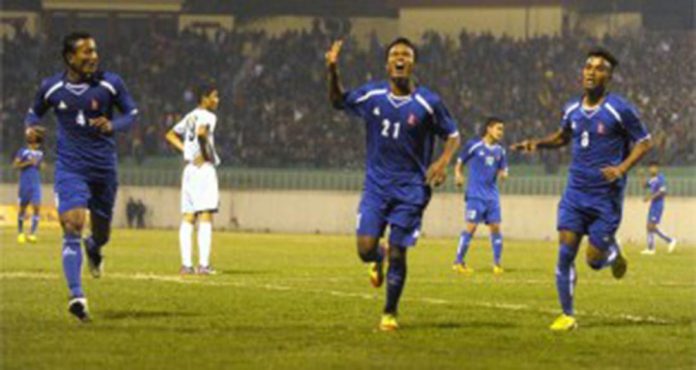 The national football team of Nepal will be back in action against Tajikistan in the 2019 Asian Football Confederation Asian Cup Qualifiers in Kathmandu.

The home side is in a must win situation to improve its standings in the group and remain alive in the competition. This is yet another golden opportunity for them to redeem some pride. With the top two teams moving from the group to the next round, there is plenty at stake for  Japanese Head Coach Koji Gyotoku’s  side.

No doubt, Nepal find themselves in a precarious position as they face rock bottom of the group  Tajikistan in the crucial fixture. Having lost and drawn the last two matches, understandably they cannot afford another lackluster performance in order to have an outside chance of advancing to the next round. Otherwise, it would have had to bow out of the competition.

For Nepal,  this would be their second successive home tie. So far things have not gone the way they wanted both in terms of performance and results. In the wake of a hugely disappointing defeat at the hands of Philippines in the away tie and a drab dull draw against Yemen, the team is under increased pressure to deliver the result.

It may be recalled that against the Philippines, Team Nepal not only played below par but mightily struggled and was on the receiving end for the most part. They were in disarray and looked completely out of sync. The defeat was mediocrity at its best.

Likewise, playing against a physical Yemen at home, Nepal had a glorious opportunity to rebound and make amends for the big loss. However, much to the disappointment of fans,  they turned in yet another insipid, sloppy and uninspiring show.

They failed to make the most of its home field advantage and were unable to put together a solid winning performance. As a matter of fact, they barely managed to escape with a draw.

The team’s current slump and under performance has left die hard fans upset, concerned, frustrated and angry.It is no surprise that their patience is wearing thin, and they are wondering about the direction the team is headed.

Given the situation as it is now, they are obviously not heading in the right direction.Nepal’s international football standard has taken a nosedive and is unacceptable.

It is no secret that inadequate preparations, poor mental and physical condition of the players, biased team selection, poor diet, lack of international exposure have been main impediments to team’s  success.Also, players lack the ability, motivation to overcome setbacks.

On top of that,  decades of corruption, mismanagement, lack of accountability, coupled with weak and incompetent leadership in All Nepal Football Association(ANFA) has led to a gradual destruction of Nepal football.Sadly, it continues to this day under Narendra Shrestha’s leadership. It has been all talk, no action, so far.

On current form, we cannot be overly optimistic about Nepal’s chances against Tajikistan. The host team cannot afford to be complacent and take the opposition lightly.They must put together a  rock solid performance to get the desired result.

The team’s failure to score goals has long been a worry. The offense has to show teeth and start scoring goals. Similarly, the defense has to step up and match up against the taller, bigger and physical opponent.

Tajikistan is no pushover and capable of turning the tide against the home team. They have shown they can score goals, scoring  3 and 1 goals against Philippines and Yemen respectively.

As part of the preparation for the Tajikistan clash, the team had embarked on a whirlwind tour of Japan where they played a handful of friendlies against junior teams.How much they benefited from the tour is yet to be seen.

Nepal starts as slight favorites ahead.I think it will be a close game, but I will be disappointed if the host squanders yet another opportunity. 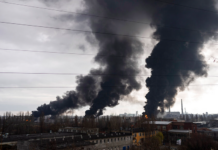 A Record 87 New Cases Of COVID-19 Confirmed In Kathmandu Today,... 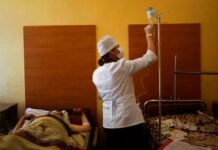